Purble Place is one of the new games (or, rather, a collection of games) included with Windows Vista and 7. The collection is intended for very young children and it shows.

As with most other games shipped with Vista and 7, it has an internal g_debugEnabled variable. However, the debug menus aren't seen until entering one of the mini-games. 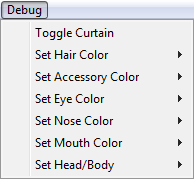 The only part of the menu that appears to work is "Toggle Curtain", allowing the player to see behind the curtain. The rest appear to have been for the figure the player has to guess for, but they don't appear to be functional. The options consist of trying to pick the graphics currently available.

The only option that appears to work is "Win Game", which does indeed let the player win. "Reload Variables" doesn't appear to do anything on the surface, while "Time Attack Mode" might be a scrapped game mode.

This menu is comparatively intact, with almost all of the options working. The options included in this menu are:

An interesting feature that isn't documented anywhere (Help Menu-wise) is XInput (gamepad) support - if the game detects an Xbox 360 controller plugged into a USB port, the P1 corner on the controller will light up, signifying the controller can be used. Possibly undocumented because Microsoft thought people were too used to the traditional controls, and little kids wouldn't be using a controller.

It's a neat little feature, nonetheless.

Unused Green Mouth and Yellow Nose graphics also exist, but inside /UI/BuildAPurble/Features. However, one of the green mouth graphics goes completely unused in all builds of the game. 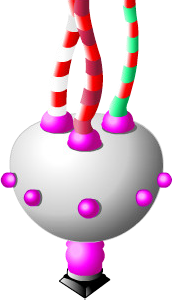 An early version of the filling machine.

A full-screen version of the game that is embedded into the game's executable. While it is technically used since it can be launched from Windows Media Center, it is not documented in any Help menus. Notably, it also contains a whole bunch of unused content the normal game doesn't.

The other Windows Vista games allow the player to choose a texture pack, but since Purble Place doesn't use texture packs, this dialog goes unused.

This tip is left unused since you can replace batter in the final game.

Another tip that is left unused for similar reasons. 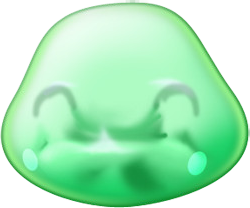 Full head of Professor's head, without any face. 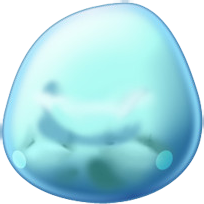 Two sounds, named "GameStart" and "GameStart_Long". Could have probably be intended for starting the Purble Shop mini-game, due to the fact that the sounds are in its folder.

An unused yellow mouth sound that is not used anywhere in the available Vista prototypes.

Interestingly, there are undocumented Comfy Cakes keyboard binds for moving the cake. W is for backwards movement, and E is for forwards movement.

UI/CONCENTRATION/CARDS/CARDS.XML contains a bunch of unused card entries. The entire file could be unused, since the files that are referenced by most of the entries do not exist.

Unused Comfy Cakes entries. What the Sad Chef card does, is unknown.

The files for the filling ingredients have several name oddities.