Quest for Glory: Shadows of Darkness 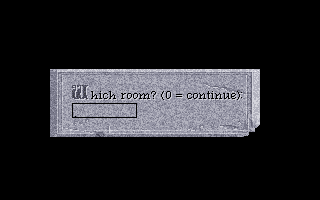 Most of the debug material is intact, but only in the floppy version although it can be used in both floppy and CD versions. You can download it here or extract 18.scr and 18.hep out of the game[1], then put them in the same directory as the game's executable.

Here is a link to the game.ini notes, which contains values for room numbers.

Upon starting the game, the player will be greeted with a prompt asking them which level they want to go. Warping to a point in the game besides the title screen will make your character a Fighter with 200 on all stats.

Then, after jumping into the game, the following (working) controls will be available: 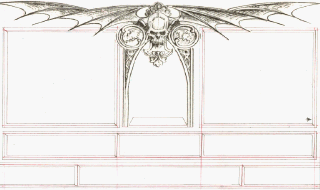 A sketch of the status screen can be seen at Pic 145. 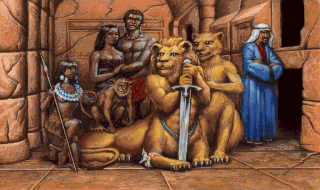 A picture of the Quest for Glory 3 cast can be seen at Pic 120. Sadly, they're never seen in the game itself.

The player accidentally cutting off their own arm with the Battle Axe, which would have likely been seen when trying to use an axe with low strength and/or weapon use stats.

Katrina without sleeves. This does match up with her dialog portrait, yet this is the only frame in View 638 that matches up with it. Her used in-game sprites have her wearing sleeves.

Sound cue 472 contains a tune intended for the gypsy camp. Composer Aubrey Hodges said it would have been for the wolves' attack or the burning.

Message file 810 mentions two enemies that don't appear in the final game - Tentitite and Nastimost. These appear to be the only mentions of them in the code. 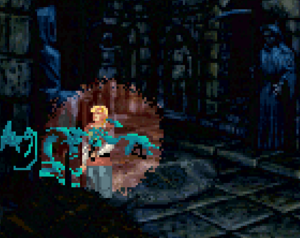 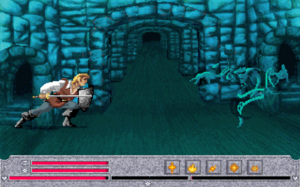 Room 510 (Borgov Crypt) contains a cut enemy called Crypt Wraith. It can actually be revealed and fought with (by meddling with the left bottom sarcophagus) via a fan patch,[2] but the combat's background is borrowed from the similar enemy Castle Wraith.

In the hero's room, dialogue sequence 10 6 19 is never triggered (Katrina and Ad Avis scrying on the Hero after Tanya is rescued) because code using it has not been implemented: