Rayman Jungle Run is the first game in Ubisoft's mobile Rayman Run series. It features assets from the console game Rayman Origins, though it adds a new endless-running mechanic and shorter levels. It was followed by Rayman Fiesta Run in 2013, which used the same engine and art direction. 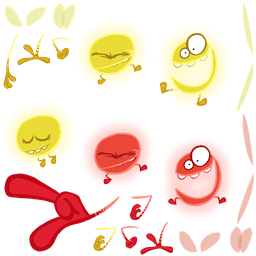 Red Lums appear in Origins after collecting a King Lum (see below); they appear for a limited time and are worth 2 Lums each, but this mechanic is not present in Jungle Run. These were updated and still unused for Fiesta Run. 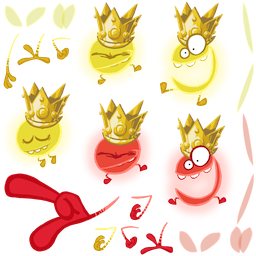 They even have a crowned variant. While King Lums do appear in Origins, they do not appear in Jungle Run. 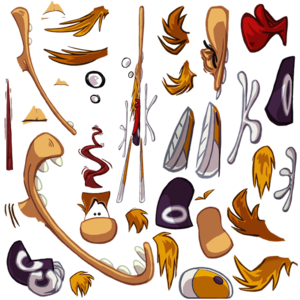 Jungle Run contains a few animations only seen in the console versions due to the endless running nature of the game. Some can be seen by pressing the restart button, which stops Rayman for a split second before the screen fades out.

The game underwent several updates since its original release on iOS, the first notable version being 1.1.1, which added a new world to the game, "Potpourri". Version 1.2.0 added 2 more worlds to the game, "Giant Plant" and "Pirate Ship". Due to the added content, the menu system changed from 4 boxes arranged in 4 squares on a single screen to a scrolling view. These updates are not available on Android and the original menu system remains intact. In addition, the purchasable characters were added in an unknown update.

A portion of files are mentioned for editor in the game executable. Unfortunately, they all were stripped from the game...

The filesystem and game executable's namespace suggests the game is internally named pasta, which could stand for Pastagames, probably being the key developer of the game.