Red Dead Redemption is an open-world Western game and a spin-off to Red Dead Revolver set in a different, more realistic universe. You play as gunslinger John Marston, sent by the US Government to kill his former outlaw friends, at the expense of saving his family.

Dwarf and the Giant

Marston meets a lonely dwarf, and he decides to find a friend for the dwarf. Marston goes to a drunken man in the search for a friend for the dwarf, and he is directed to a giant who supposedly lives in the hills. Upon finding the giant, Marston is greeted to some hostility from the giant and fights the giant to calm it down. The giant eventually agrees to meet the dwarf, but the dwarf and the giant do not get along well, with the giant accidentally killing a girl while trying to hold her. The dwarf, angry at the accidental killing, directs Marston to kill the giant. Marston is given a choice of whether to kill the giant or not.

Mother Superior, who still appears in the game in another Stranger mission ("I Know You") and also the Undead Nightmare expansion pack, wants Marston to find four stolen relics.

One of several non-mission-based activities in the Single Player campaign is bounty hunting. There are 45 bounty targets available in the released game, but apparently there were supposed to be many more. Found embedded on the game disc are numerous wanted posters that never made it into the game itself.

Of the 45 bounty targets in the released game, only two are members of Dutch's Gang. Five other members were going to be included but were apparently scrapped. Enepay and Kosumi are very visibly gunned down by Marston in the opening cutscene for the mission "For Purely Scientific Purposes" which might explain their exclusion. 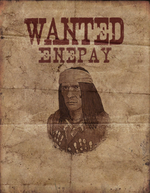 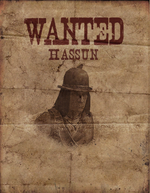 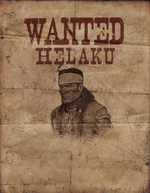 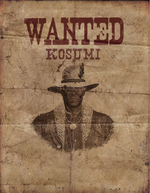 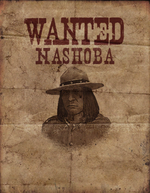 This lone Mexican has a wanted poster but was never included in the bounty targets for the released game. Judging by his attire, he looks to be a Federale which might have gotten him excluded based on the fact that lawman really shouldn't be bounty targets. 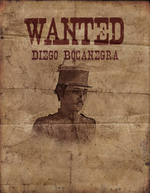 Several unnamed outlaws have posters embedded on the disc as well, none of them are bounty targets in the released game. The first from the left actually appears in the opening cutscene for the mission "Hanging Bonnie MacFarlane" and he has lines, but even the voice actor credit goes to 'Outlaw on Horse' so he is never named. The second from the left is actually a member of Bill Williamson's gang, and also happens to be the man who shoots Marston at the gates of Fort Mercer at the very beginning of the game. Despite this, he is never named. 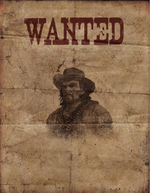 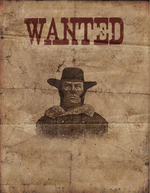 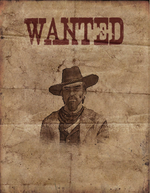 And not a single thing is known about this last outlaw other than he was supposed to be a bounty target at some point. 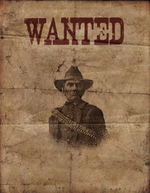 These next two posters are for bounty targets that are actually part of the 45 in the released game, but for some reason have alternate versions of their posters embedded on the game disc. Oddly, the poster for Slink Bradshaw that was unused actually has a picture of the character on the poster, while the one used in-game has a picture more resembling Bill Williamson. 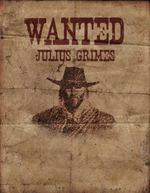 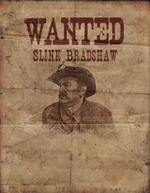 There are also wanted posters for both John Marston and Abraham Reyes embedded on the disc as well. These do not appear anywhere in-game. 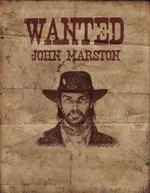 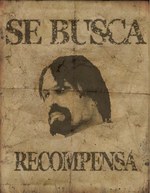 Even the Red Dead Redemption DLC Undead Nightmare got into the act with its Missing Persons activity. This was similar to the bounty hunting missions in the main game, except the people on the posters had to be rescued from attacking zombies and returned to their families located in the safe zones of either Fort Mercer or El Presidio. There are 16 missing souls in the official release, but the game disc has 17 posters.

The character, Lloyd Duffy, is actually included in an official Rockstar Games screenshot depicting the activity but was ultimately cut from the roster. In the main game, Duffy refers to the fact that he has "no friends and no family" which might have been what got him cut since there would be no one to "miss" him enough to make the poster. 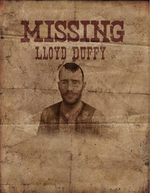