Not to be confused with the 1998 video game called Rent-a-Hero, Rent A Hero is a game featuring a kid who goes up beating people on the streets after getting a combat suit. He also needs to do a bunch of odd-jobs to pay for the combat suit he's wearing, hence the game's title. This game would later get remade for the Dreamcast and Xbox; however, like this game, the remake was only released in Japan. 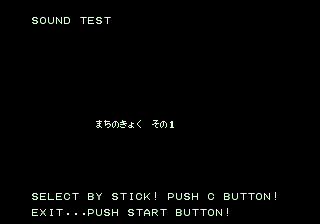 Press Up + A on the title screen. You have to wait for the Start/Continue to show up (or just press C to skip the animated text).