A port to Windows of the PlayStation game.

It offers true high resolution 640×480 backgrounds (except for some of the rooms, most notably the ones from Resident Evil 2, which are upscaled to 480p instead), versus the 320×240 backgrounds of the original game. Along with two new alternate costumes (one of which being exclusive to the Windows versions), it also allows to choose unlockable ones from the main menu rather than using the in-game shop room to change costume.

The first version, ported by HI Corporation, was released in 2000; it is known as the MediaKite version (by the name of the publisher in Japan). A second version by Sourcenext was released in 2006 only in Japan; this one offers higher quality full motion videos and the ability to play both the western and Japanese versions of the game, with their varying difficulty.

They are the only versions of the game in which door animations can be skipped.

Many backgrounds differ from the PlayStation version. While these backgrounds are in higher resolution on Windows they are, presumably due to the many errors, from earlier versions of the rooms, despite the Windows version coming out later. However, some of the backgrounds have more details on Windows.

The placement of the pipe differs.

The hall of the Raccoon Police Department, as seen in Resident Evil 2. There are a lot of oddities in this room.

This screen is the first camera angle used during gameplay as Jill enters the police station:

Just as in the above, the background door is present in the Windows version and some detailing to the right differ.

Note that this version of the door can be seen even in the PlayStation version for a very brief moment, in the back of the camera angle used when Nemesis bursts through the window, which along with other clues indicate that the RPD in Resident Evil 3 was presumably built off of an early version of the one from Resident Evil 2 before some corrections were done.

A camera angle unused in all versions, as seen for the PlayStation version. The Windows version is missing the planks.

First background: the cart is missing. This camera angle is unused in all versions.

The darker version of the above room.

When zombies burst through the windows, the backgrounds are supposed to swap to variants with broken windows and more debris on the floor. On Windows it swaps to backgrounds which are identical to the original ones.

Note that the door knob is on the other side of the door. This background is unused in all versions.

There is a corpse in the Windows version. Its scale looks off, it is too big compared to the protagonist.

On the first background the position of the sign differs and there is an extra plant on Windows, the lighting on the floor behind the door differs slightly also. On the second background the placement of one of the fences differ.

On the first screen there are some extra detailing on Windows, however those details on the desk do not appear on other camera angles.

The in-game version of the second background. The window isn't broken yet at this point so there shouldn't be any broken glass. Note however that all versions are missing the tainted glass window which appear on other camera angles.

The upper floor is unlit and the mezzanine is less detailed.

The version of the room used for the boss fight against Nemesis. Most of the backgrounds in the room differ, some not pictured here. There are many differences: the sky, some rubble, the lighting, the colour scheme being more red on PlayStation, etc.

Again, while the backgrounds differ, the background masks don't, which in this case leads to some discrepencies. On the bottom left and right side of the screen the transition from mask to background can clearly be seen.

When/after Nemesis bursts through the wall, there is no hole in the wall on Windows.

One of the few rooms which has more details on Windows. The lighting differs also. 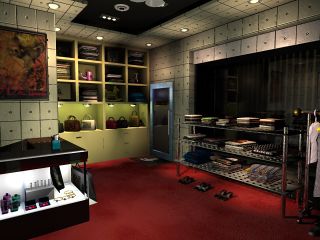 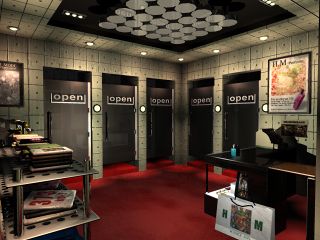 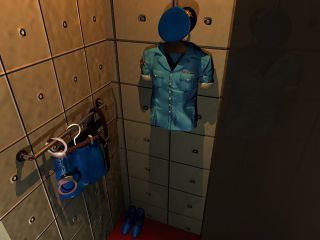 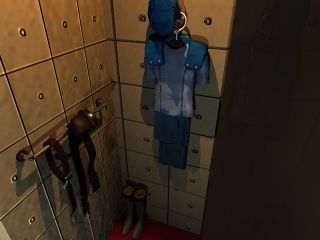 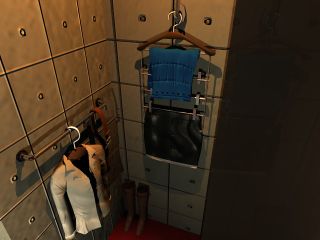 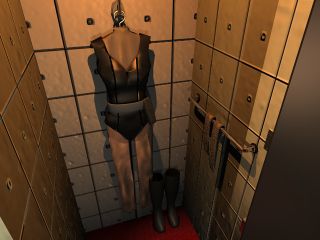 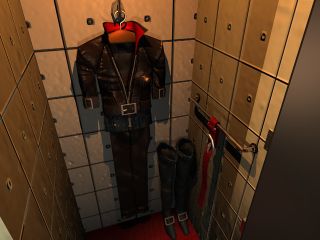 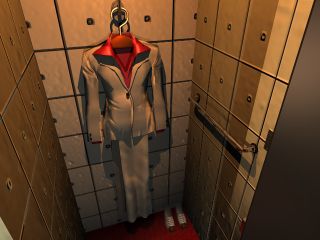 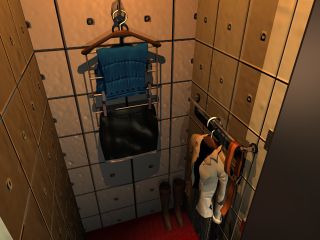 Since costumes are chosen from the game's main menu, this room is inaccessible. In spite of this, high resolution backgrounds for the entire room do exist in the game's data. 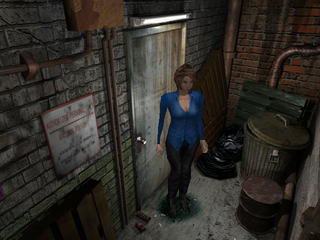 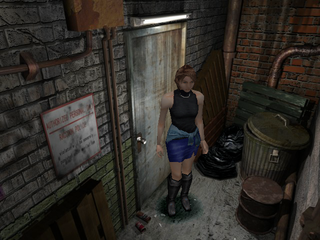 The two new costumes of the Windows versions.