Revolution X: Music is the Weapon is a 1994 rail shooter by Midway which features the band Aerosmith, who lend their likenesses to the game in the form of Mortal Kombat style digitized sprites. The original arcade game was built on the Midway X Unit hardware, the same board that powered their earlier Terminator 2 game, and it plays similarly to that title. The console ports received poor reviews due to their sharply downgraded graphics and imprecise controls. Midway had planned to do a sequel to this game featuring the rap group Public Enemy, but the negative reception of the console versions dissuaded them from doing so. Nonetheless, the versions of the game covered in this article are much closer to the arcade than the Super NES and Genesis ports. The DOS version in particular allows you to use a mouse to aim, which is much less of a hassle than using the d-pad to aim like other versions require you to. 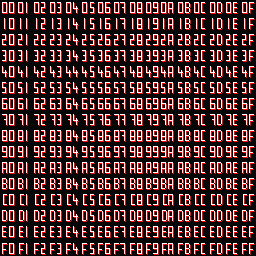 TONYTEXT.TIM in the PlayStation version is a hexadecimal font. In the DOS version is was replaced with a copy of the HUD graphics. It was removed completely from the Saturn version.