Take control of the Italian Stallion himself along with Apollo Creed, Clubber Lang, and Ivan Drago. Box your way to victory! Sounds easy, right?

A few placeholder images, including one training background with "Placeholder" written on it, can be found in the game's data.

Loads of 3D models of some boxers are found on the game's disc. Due to the lengthy volume, it appears that they were once meant to use actual 3D models of themselves, before the idea was scrapped late in development. They can be accessed by setting byte 02 (for those with two costumes) or 03 (for those with three costumes) at the address 20313DB8. Attempting to play as them using their 3D models crashes the game. 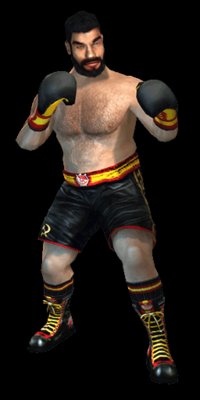 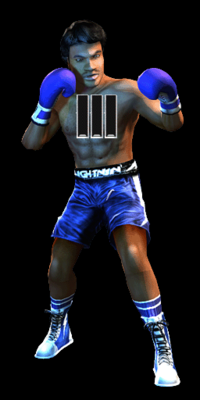 There are some audio files for bios that go unused.

Unused bio audio for Rocky 5 (Street). Judging by the audio, it seems Tommy Gunn was once playable as a path in Career Mode.