The cult classic PC game which paved the way for many other Tycoon games to come and even got its own pinball table. Also well known for being made by one guy almost entirely in assembly language. 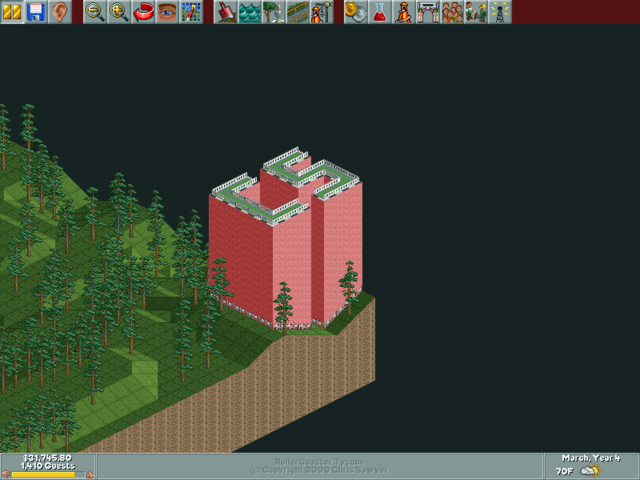 In the Haunted Harbor scenario in the Corkscrew Follies (US)/Added Attractions (UK) expansion, there are a few blocks of land in the bottom right corner available for purchase that form CS, for Chris Sawyer. 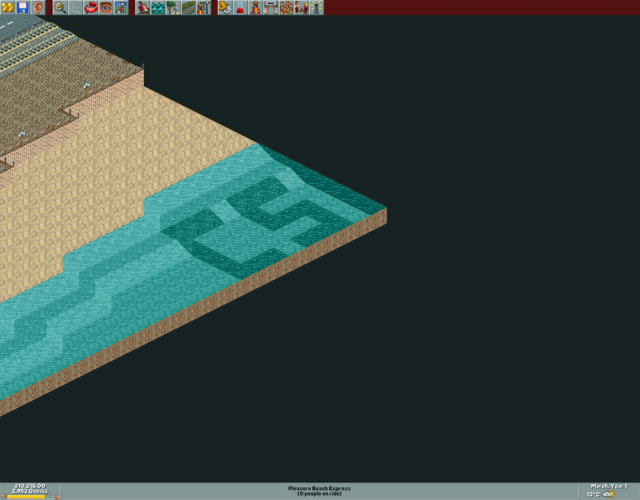 Another CS can be found hidden underwater in one of the corners of the Blackpool Pleasure Beach scenario in the Loopy Landscapes expansion. 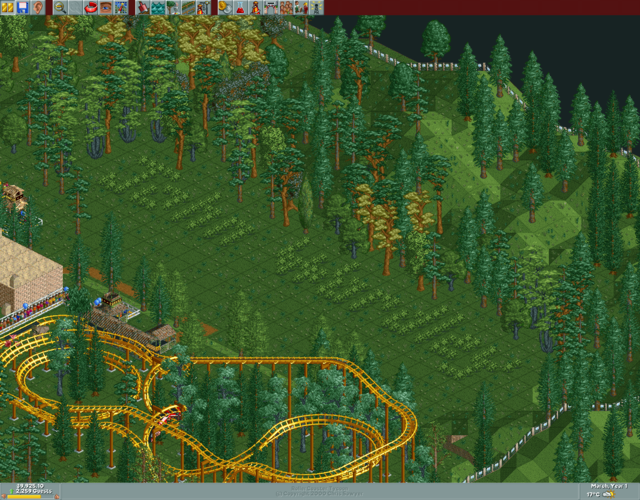 In the Alton Towers scenario in the Corkscrew Follies (US)/Added Attractions (UK) expansion, next to the park's Corkscrew coaster are numerous bushes (some nearby trees can be removed to make it more visible) arranged to spell out "John Wardley", the game's coaster designer (who also designed two of Alton Towers' real-life coasters, Nemesis and Oblivion).

Inside RCT.exe are placeholder lines for various scenarios, starting at 0x23807A:

This is repeated until reaching number 29, hinting there may have been plans for further scenarios in the base game.

Many rides, stalls, and scenarios have different names between the US and UK versions.