A cult classic in Japan, whose popularity competes with Romancing SaGa 3's.

Talk to the skeleton standing next to the boat by pressing X. A menu appears and he will ask three questions:

2. Battle Cancel - Saying yes will skip all battles (even bosses) when you encounter monsters.

3. Walk Through Walls - If you say no, you can walk through walls by holding down the B button. 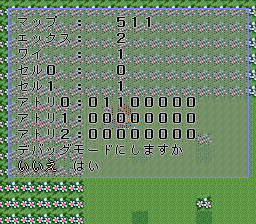 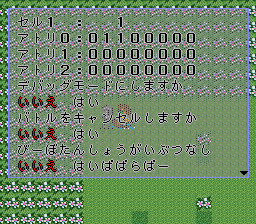 The darkened patches of grass warp you to different areas in the game.

There are lots of different monsters at the bottom of the debug room. Talk to any monster to fight it. 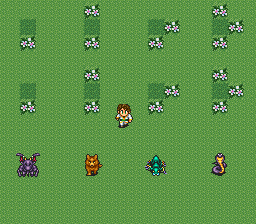 Oaive has sprites for facing and walking south and east/west. These are never seen, as she is only ever seen facing north in the final game.

Coppelia in a casting pose, which is odd since she never learns magic throughout the game.

There are a few characters that are either not in the party for long (and don't join panels) or don't join the party at any point. They do use unique graphics during battles. 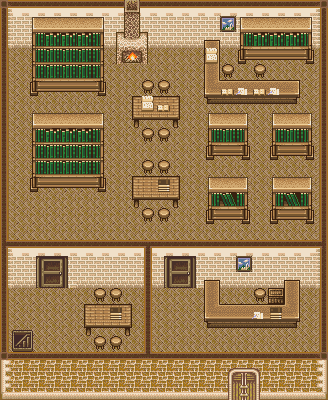 This library appears to have been planned to be located under the university. There are no events inside.