Take control of a Roman faction in the times of the Roman Republic and expand Rome's borders.

There are several images that go unused in this game. Their file format is in DDS or TGA format.

Here are pictures of a loading screen that is never seen in-game. The background displays the map made in mosaic, something unique to these screens. The developers seem to have been playing around with the size of the title as it is bigger in the left picture than the right picture. The title in the left picture also has a TM next to it which is lacking in the right picture. The loading bar present here is much larger than what is seen in game.

The information in the center of the right picture is interesting. In the final game, the faction's title is absent and only the faction icon is present in the center. While the House of Julii's faction icon is displayed in gold without a background, while the final uses button designs. This same icon can be seen on one of the soldiers in early leader images section below. Another thing to point out is the date of 502 (presumably BC). It seems to imply that the campaign game was to be started much earlier, predating both the imperial and Sons of Mars campaigns. The imperial campaign ranges from 270 BC to 14 AD, while the Sons of Mars campaign/tutorial ranges from 329 to 290 BC. The difficulty setting text is also absent in the final version.

In data\models\textures is an entire set of faction icons using model renders instead of buttons. The House of Julii icon also features in one of the loading screens above. The Greek and Thracian symbols appear to have been erroneously attributed to each other; Thrace normally feature a snake on their banner and the Greek Cities use lightning. Armenia has two renders, with the side-on view labeled as "low". They both don't have transparent backgrounds either. 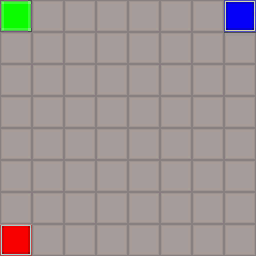 This dummy texture is found twice: in *\Rome Total War\Data\models_landscape\textures and *\Rome Total War\Data\settlement_plans\underlays\textures. Judging from the first location, it appears that it was used as a test texture for landscapes. The second file location has the texture associated with settlements in some way. This file has a creation date of 3/7/2002. 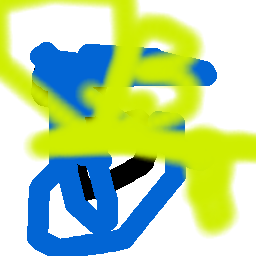 This image can be found in *\Rome Total War\Data\menu. It seems that the developers were screwing around with three colors. The title could mean RedGreenBlue but only blue is found in this picture. This file has a creation date of 5/21/2002.

These images are very unique. At a first glance, they simply depict Roman infantry. Their file names say that these were supposed to be the leaders of the Julii, Brutii, and Scipii. It isn’t known whether these were leaders of the factions themselves. However, these pictures share similar names of used pictures of faction leaders at the beginning of a campaign game. Regardless of what these images were supposed to be used for, their styling is unique for Roman infantry. Judging that the shape of their shields resembles the shields of hastati, principes, and triarii, these images should have been seen from the beginning of a campaign game. The design of their shields is also unique as there are no Roman units in the final game that carry shields with these unique designs. In fact, some of the shields show what appear to be early versions of their faction icon on their shield.

This one's rather interesting. Located under Data\world\maps\base\map.FE.tga, dated Thursday, September 2, 2004, 10:05:48 PM is a normally unused smaller world map. The image is used for the starting territories map, when a normally unplayable faction is modded in and selected.

There's an Early Battering Ram during the game's intro. It's unknown why the devs decided to change the Battering Ram.

Adding enable_editor to the games' shortcut target, it's possible to access the battle editor which is used to create historical battles. When entering the battle editor, players can select places, as maps, and pretty much mess around. The Creative Assembly doesn't support the Battle Editor: "The Battle Editor is intended for advanced users and is not supported. It is possible to create battles that do not work properly, or edit Historical Battles so that they cannot be won. Please refer to your documentation. Please do not contact Activision Customer Support for assistance with these tools."

Macedonia and Pontus have campaign descriptions despite not being unlockable for the campaign, although they are rather trivially modded back in. The formatting has been altered for presentation here as the plaintext for both is one long string. Paragraphs in the plaintext are denoted with \n\n.

Several icons and flag graphics exist for a cut faction: the Illyrians. Unfortunately, none of them are unique, borrowing from either Thrace or (more frequently) Greece. Not much is known about this Mysterious Faction. It's possibly cut early in development due to a 20 Playable Factions Limit. The Illyrians have been relegated to a rebel faction in the final game.

Normally, Spain can't be played unless with the use of mods like Darthmod or with file edits. Here, the Spanish unit list is unfinished; it's missing Iberian Spearmen. In order to access this unit, do the following:

5) Copy the libyan spearmen unit, and then change it in export_descr_unit_enums type what ever you want in there and make sure it is in curly brackets,