SD Snatcher is an RPG adaptation of Snatcher, Hideo Kojima's detective adventure game about body-snatching bioroids, but this time everything is drawn in a cute chibi style. It more or less adapts the storyline from the original PC versions of Snatcher, but also features an extended final act which was added to the game after Kojima realized that Konami had no intention of making a serious sequel to Snatcher (it was subsequently adapted back to the original game as Act 3 in the later console ports).

Syd Garden is an amusement park area found late in the game, with a seemingly inaccessible castle in the center of it. By using a "walk through walls" hack, the player can pass through the castle's front door and into an unused area. Entering the area triggers a text box identifying it as "Survival World", one of the park's attractions.

The area consists of a snow-covered corridor with mech suits along the walls. Passing directly in front of one of the suits will cause the screen to briefly fade to black as battle music starts up, but no battle occurs, and main character Gillian simply exclaims in surprise. Gillian gives the same reaction at featureless points along the corridor, sometimes accompanied by sound effects indicating unimplemented scares. A doorway in the middle of the area warps back to the entrance, prompting Gillian's sidekick Metal Gear to tell him they can't leave. Further ahead is a group of inexplicable duplicate Gillians. Finally, the corridor ends with an opening that simply bounces Gillian back if he approaches. 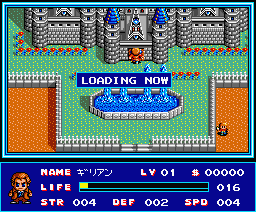 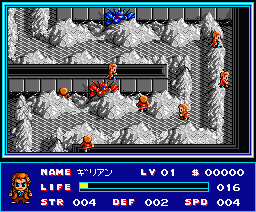 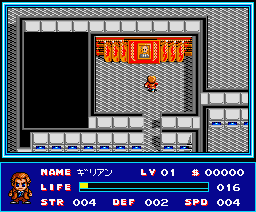 By scrolling the background manually, one can also find a second, even more inaccessible area of the map, this one leading to a room with Soviet imagery - an important recurring theme throughout the rest of the game. However, nothing occurs here. 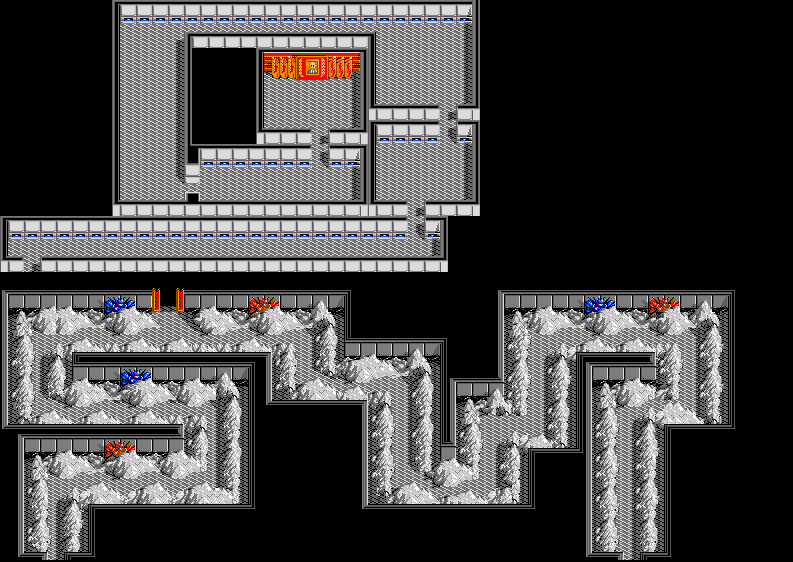 The following messages are only used in the first area of Survival World (see above), which is inaccessible by normal means.