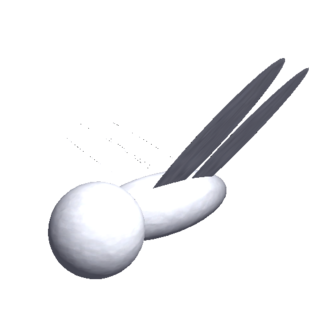 gingerbread/content/Art/GameplayObjects/Collectables/CollectAllMeshWIP.uasset is a simplistic model of a fly. Its filename suggests that it was a placeholder model for some kind of collectable. 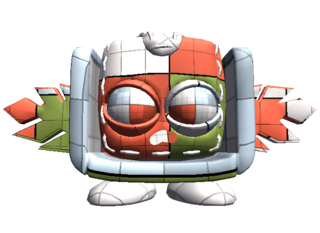 gingerbread/content/Art/Character/Duopede contains an early model of the Dawdler enemy.

Found throughout the game's data are a handful of early models for the extra life pickups. 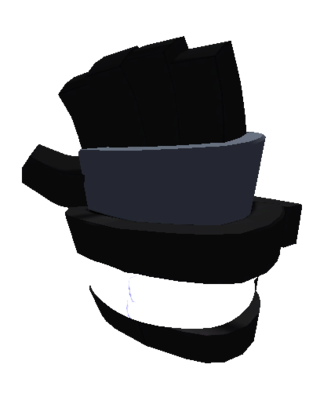 gingerbread/content/Art/GameplayObjects/CraftBelt/PowerGloves contains a Grabinator model, presumably intended as a powerup for Sackboy. 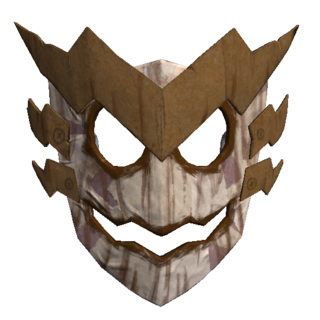 gingerbread/content/Art/Characters/Grunty/ShieldWood_SM.uasset is a model of a scary wooden shield. Animations exist for the Grunty using the shield, so it was likely meant for an unused variant of that enemy which blocks the player's attacks. 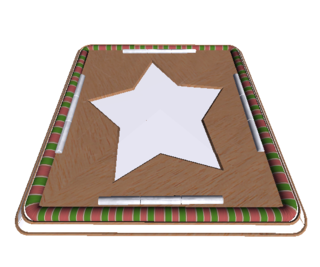 gingerbread/content/Art/GameplayObjects/CheckPointSquareA_CR_SM contains a model and animations for a square door with a star on it. It can be seen in some of the unused storyboard videos, and appears to have been intended to mark the level's entrance. In the final game, all entrances use the same model as regular checkpoints. 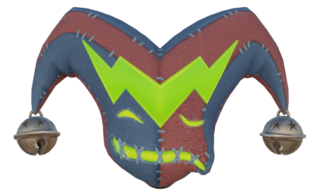 An example of the unused morph targets in action.

The Vex Head costume piece has a full range of morph targets that would have been used to animate various facial features based on Sackboy's expression. For whatever reason, none of them end up being used, which results in a fixed smile whilst wearing it.

Friendly NPCs like Gerald Strudleguff, Mama Monkey and King Bogoff have voice lines that are used when the player remains idle, attacks them or leaves their general vicinity. Scarlet and N.A.O.M.I have their own versions of these lines, which ultimately go unused as there are no levels where those characters can be interacted with.

Various .bnk files associated with levels from the Colossal Canopy contain an early rendition of the Dreamer Orb jingle. The version above is in the G key, but 11 other versions of this exist, each pitch-shifted to different keys. These likely would have been used to test different music keys before the level music had been finalized. Oddly enough, the C# variant is used in Monkey Business, however, it gets drowned out by both the level music and the finalized Dreamer Orb jingle.

A rather loud sample of an electric guitar.

Someone reading an excerpt from "Arthur the Rat". This is also present in CSG_Simon_TestData.bnk.

A text-to-speech voice saying "left channel" and "right channel", followed by a short drum beat in the respective audio channel.

gingerbread/content/Blueprints/DesignerTools/Billboards contains graphics related to various gameplay objects, which presumably would've been used by the developers to visualize otherwise invisible objects and triggers.

The folders inside gingerbread/content/UI/AlwaysCooked/DLC contain placeholder DLC icons, featuring the cut Doctor and Fire Fighter costumes, as well as an early icon for the Digital Deluxe edition of the game.

gingerbread/content/Art/UI/Textures/LoadingScreen contains a handful of graphics that were once meant to accompany the loading screen tips. Interestingly, two of them appear to be related to a scrapped "Creative Burst" mechanic.

Textures for a 2D score counter can be found in gingerbread/content/Art/UI/Textures/LevelScore. Interestingly, the score multiplier images go up to x5, even though score multiplers only go up to x2 in the final game.

gingerbread/content/Maps/Space/Blueprints/SPC_NAOMI_Boss_Assets/Virus.uasset is a crude drawing of a virus, most likely meant as a placeholder for the Interstellar Junction's boss fight. 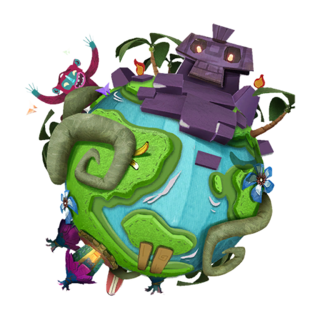 gingerbread/content/Art/UI/Textures/WorldSelect/TheAmazonIcon.uasset is an alternate render of the Colossal Canopy's planet model. A version of this is used on the Sticker Book and the Travel screen, but it's cropped to fit inside of a stamp, so most of it is never seen in-game.

gingerbread/content/UI/AlwaysCooked/LoadingScreen/logonext.uasset is a logo for "LittleBigPlanet Next", which appears to have been a working title for Sackboy: A Big Adventure.

The game's internal project name is "GingerBread", according to multiple file names.

Released alongside the game as part of a Day 1 Patch.

Released alongside the game as part of a Day 1 Patch.