Finally, you can play PS2 on your PS2! In Japan.

This section is heavily indebted to Gazeta de Algol for ripping a complete set of the game's graphics. 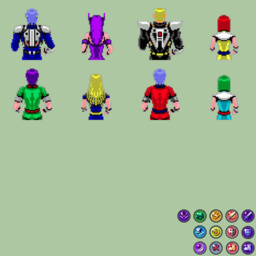 In the BTLDAT.DAT archive, there is an upscaled image of the battle sprites from the Genesis original.

The first image in BTLSYS.DAT contains battle graphics, including the names (in Japanese) of the four characters from Phantasy Star generation:1 (and Phantasy Star): Alisa, Tyrone, Lutz, and Myau.

EVENT.DAT is, somewhat oddly, filled with screenshots of the original game, which appear to have been taken in an emulator - in some cases even with captions from the emulator! 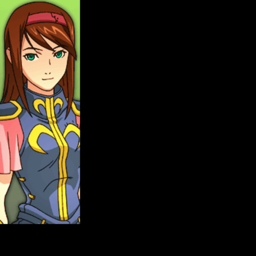 Alis(a) Landale, the heroine of the prior game. Apparently a leftover. 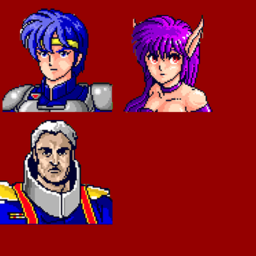 Upscaled Genesis sprites of Eusis/Rolf, Nei, and the commander from the Central Tower.