A port of the Neo Geo arcade version, and only released in Japan. The game is almost entirely different from the original, only sharing a few thematic and gameplay elements and one song. 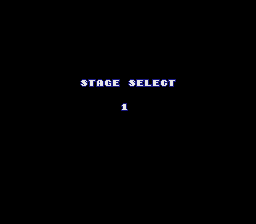 As the Sengoku title screen zooms into view, quickly press A,B,X,Y. When you begin a new game, the stage select menu appears.

There are two music tracks not heard in the game and only accessible through the music test in the Options menu.
Unknown Song 1

A song that resembles the other stage themes style and theme-wise. It's actually a bit better than some of the music actually used in the game so it isn't known why this wasn't used.
Unknown Song 2

A short, simple but nice tune that was probably meant for cutscenes or a high score table which are unimplemented in this version of the game. 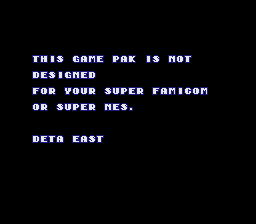 Trying to play this on a PAL system throws up this message. Notice the Deta East typo.