Shantae and the Seven Sirens

The dancing genie's HD adventure continues! ... but does an apple a day keep the backers away?

The overall art style is reused from Shantae: Half-Genie Hero but the character portraits were redrawn and don't necessarily reflect the proportions of the in-game sprites anymore, instead having them not match like in Shantae: Risky's Revenge.

Several unfinished portraits are left in the game's data, and were eventually colored in for the game's release on home consoles on May 28, 2020. 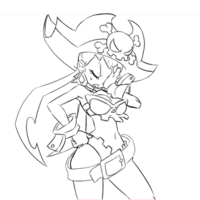 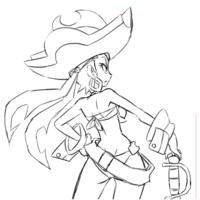 All of these were originally unused prior to the game's console release on May 28, 2020, implying that Rotty used her HGH portraits as placeholders until her SS ones were completed in March 2020. 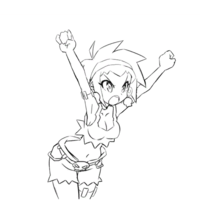 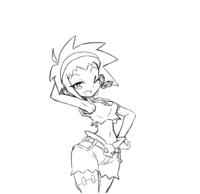 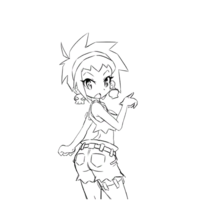 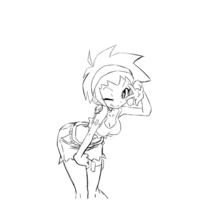 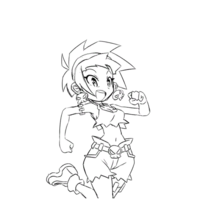 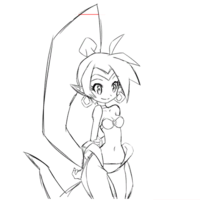 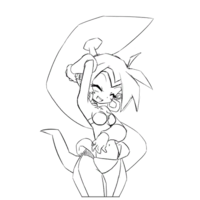 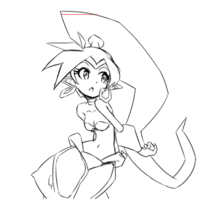 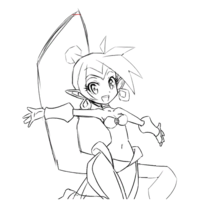 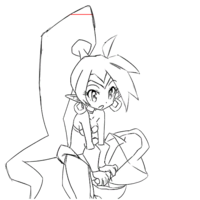 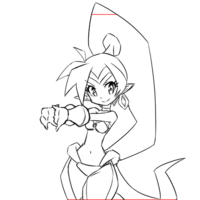 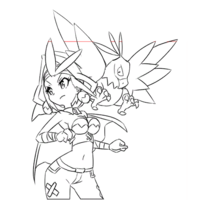 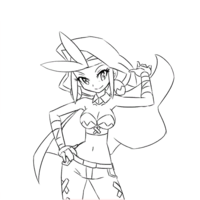 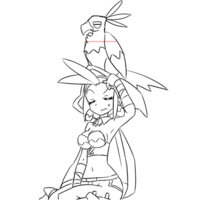 On June 28, 2020, artist David Liu shared three of his works from some of the cutscenes for the game. Two of these are screenshots respectively are from Coral Siren's cutscene and the ending, but they seem to be earlier versions; the former seems to lack Coral's giant belt (likely implying that the animator added it last minute), while the latter has Sky's head look thicker, Rottytops' eyes look slightly narrow and both of them plus Shantae have much more shading. However, out of these three, the most mysterious is the unused artwork of Half-Genie Vera posing. This is likely from a cut cinematic.