A track that could possibly have been used for a fight. Interestingly, this song is used as the mid-boss battle theme in Giten Megami Tensei: Tokyo Mokushiroku, which came out on April 4th, 1997.

A classical-sounding song is also in the soundtrack, but its purpose is unknown.

To access these options, change the value in the save file at 0x10.

To enable a coordinate display, change the value in the save file at 0x50 to 01. 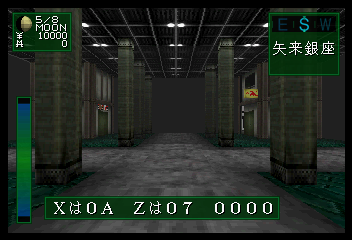