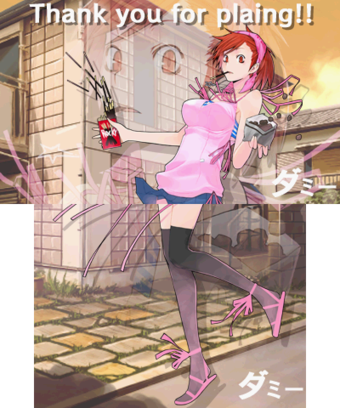 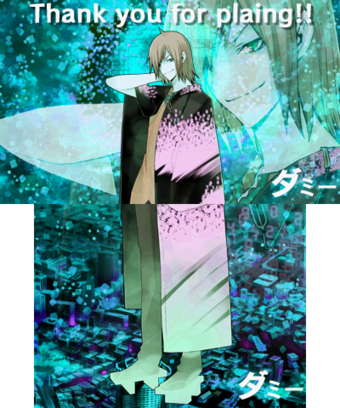 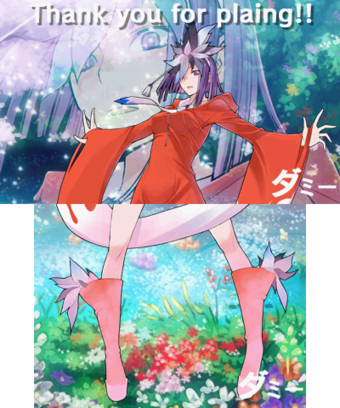 Three placeholder ending splash screens for Epilogues C, E2, and F respectively. Each screen contains "Dummy" written on the bottom right, and each top screen contains a misspelled "Thank you for plaing!!" message.

A dummy title screen image. The North American and European versions of this image have "USA Version" written under the logo. The background image used here is a crop of the Shin Megami Tensei III: Nocturne title screen.

Although the characters are blurry, these are actually taken from a manga called "Yozakura Quartet", which was also written and drawn by Devil Survivor artist Suzuhito Yasuda.

The Yozakura Quartet characters used in this placeholder title screen from left to right are: Shidō Mizuki, Yūhi Shinatsuhiko, Akina Hiizumi, Ao Nanami, Kyōsuke Kishi, Hime Yarizakura, and Yae Shinatsuhiko. Ao Nanami's image seems to have been edited to remove her cat ears and add an arm on the right side. Ao's placeholder may have also served as the protagonist since it matches the white silhouette in the logo - an element not present in the final game's logo.