This is a sub-page of Shin Megami Tensei III: Nocturne.

Lisa Silverman from Persona 2. Animations for the model can be seen in the videos here. The internal file name is "yuuko", likely referring to the Nocturne character Yūko Takao. In fact, the model was used as a placeholder for both Chiaki and Yūko in the prototype.

In the early stages, this very model was used as a placeholder for Isamu. The internal file name is "isamu". 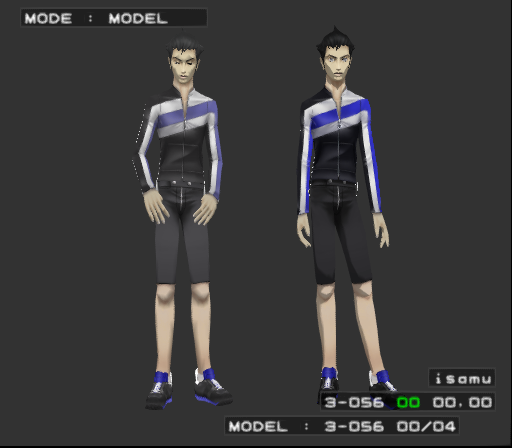 Both of these models were used as placeholders for Isamu early on. However, one interesting thing is that the model on the right actually differs from the one on the left (which is the one used in the final game). The colors are bland in comparison. These are shown inside the debug menu model viewer because of how the jacket breaks when creating a 3D render. Note that there are also duplicates of these demi-fiend models used for different cutscene sets where the protagonist is the one that has them. 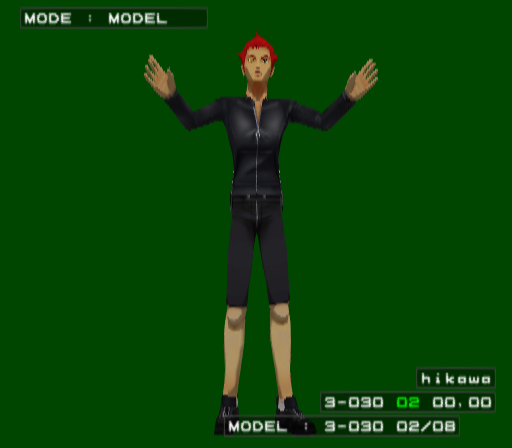 A recolor of the demi-fiend model used as a placeholder for Hikawa early on. Internal file name is "hikawa" and the animations can be seen in the video here. Same case with the Isamu models, the jacket breaks when creating a model render.

A texture-less version of human Demi-Fiend is used as a placeholder for a Manikin in the Gozu-Tennoh cutscene. There is a bit of animation where his head tilts upwards. 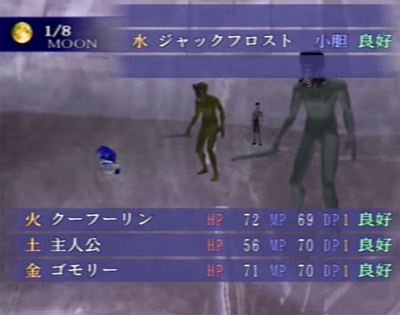 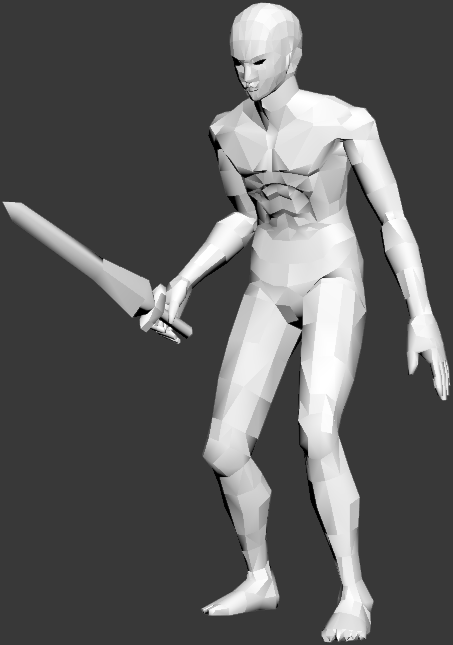 This placeholder demon was seen in the "making of" video Atlus released for Nocturne. It was used as a placeholder with 2D-pictures superimposed over the face to signify which model that would replace it later on. In the making of documentary, Cu Chulainn and Gemori are the ones that have the placeholder model. The model is located within dds3.ddt\model\devil\grp00\, and is accompanied by some animation data.

There is an unused battle model for the Demi-Fiend which is still in the game files. It has 28 animations, where only 6 of them are unique. All of those that aren't specified just use the '00' animation. This model was once used in the prototype as seen in the making of documentary.

Hikawa has a leftover prototype chair model from one of the first events in the game.

Yuuko Takao was at one point used as a placeholder for Chiaki.

Hijiri was at one point used as a placeholder for Hikawa.