4_06 - Empty city location with basic, very dim lighting effects. The current location is shown as "Sunshine 60" which is very odd, as this is the name of a Demon's Domain. The Sunshine 60 Domain is actually used in the final game, but obviously it is not the same map as this one.

4_03 - The same location, but has updated geometry, added monsters, teleports and two entrances which are connected to the world map and the Ikebukuro Underground District. Obviously this was going to be used as the front side of Ikebukuro (in the final game, you enter the Underground directly from the world map).

12_01 - The same location, in which some geometry and the entrance to the Ikebukuro Underground District has been removed. In the final this location is a separate city on the world map.

43_01 - 43_04 - Empty locations (copies of the Infernal Tokyo map where you meet Walter in the very first cutscene) filled with "Dummy" messages. Probably for DLC use.

4_02 - A small location placed near the ruined bridge in Ikebukuro. Has an inactive entrance.

18_06 - Unfinished floor of the Reverse Hills dungeon with basic textures and lighting effects. 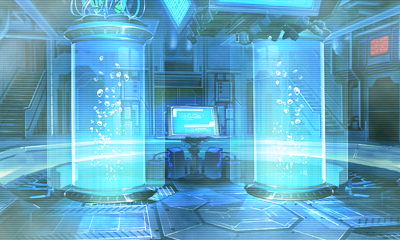 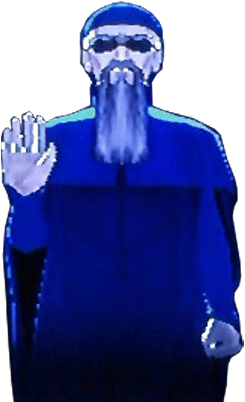 Apparently an early test for the Cathedral of Shadows, with some reused assets. 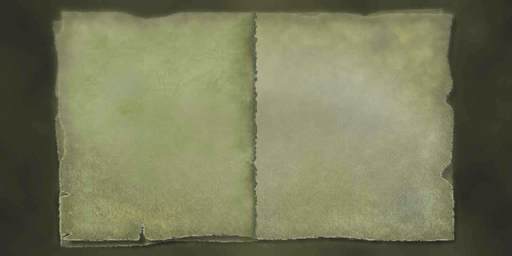 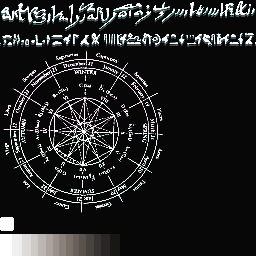 This would have been used to record "Legion Skills", a removed gameplay function which you can see Shin_Megami_Tensei_IV#Legion_Skills here.

A small and large version of an external save data icon from the Nintendo 3DS software development kit.

A visual effect with "death dissolve" written on it.

A placeholder Mikado icon. The text translates to "dummy".

A placeholder graphic for character bust images. The text translates to "no bust up". 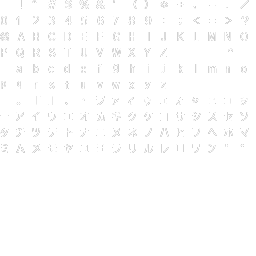 One of the main fonts from Persona 4 is in the font folder. 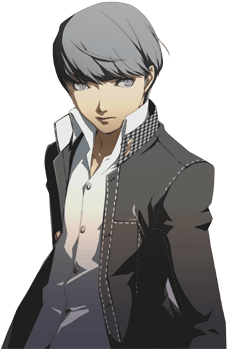 The protagonist from Persona 4 can be found in a test folder. 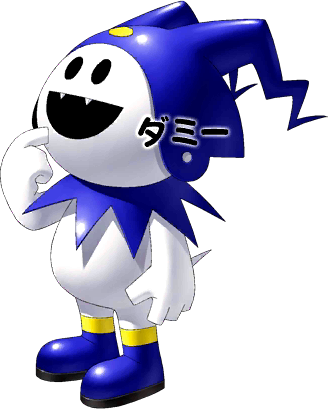 A small and large version of a placeholder demon portrait featuring Jack Frost. The text on top says "dummy".

Early sketch versions of two DLC bosses are leftover in the game, alongside their final versions.

An early version of the logo for the game. 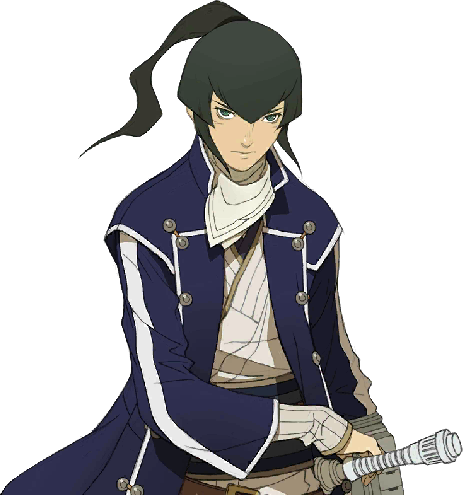 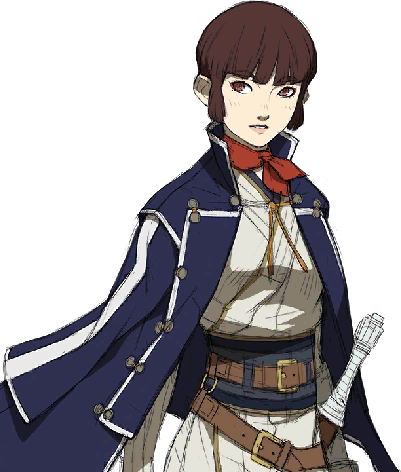 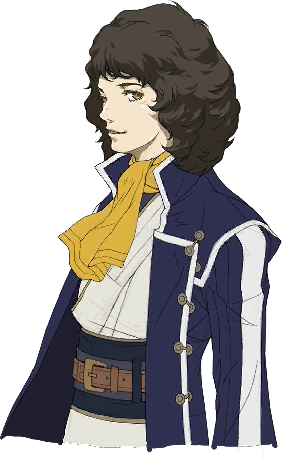 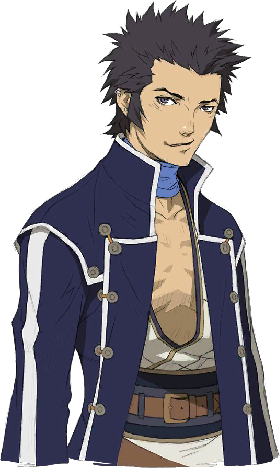 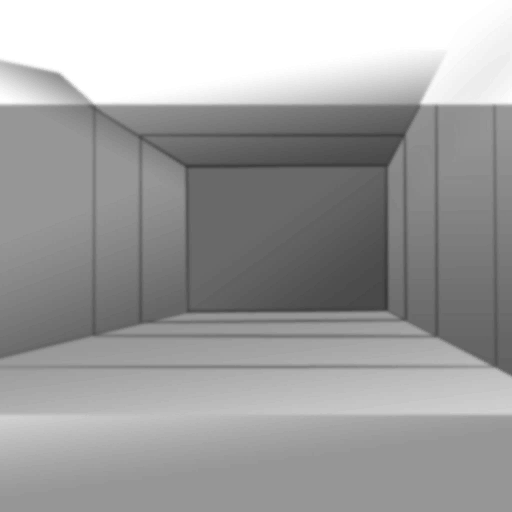 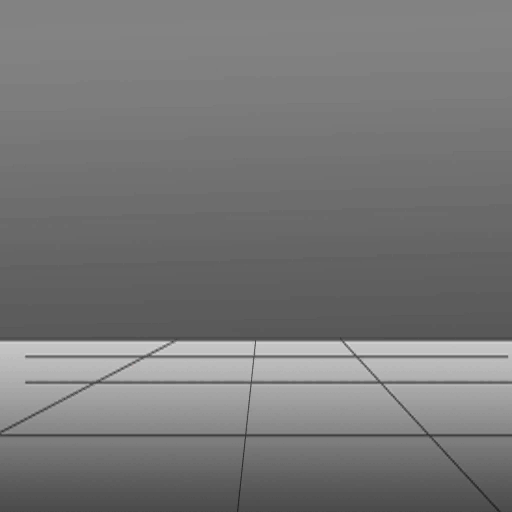 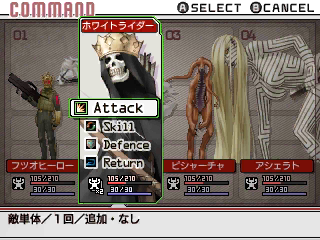 The player is called "Futsuo Hero" and is using a Strange Journey sprite. The demons are White Rider, Pisaca, and Asherah. Interestingly, "Futsuo" is a name used for the SMT1 protagonist in Kazuma Kaneko Complete Illustration Works. White Rider's attack description is "To One Enemy, Effect: None" (敵単体/１回 /追加・なし). Finally, demons cannot defend in the final game as they could in earlier SMT titles. 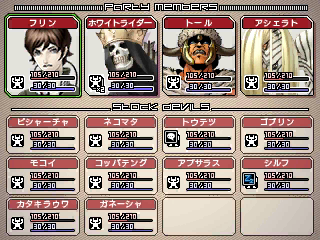 The player is called Flynn here, but uses a sprite of the protagonist from the first game. The demons are White Rider, Thor, Asherah (party row), Pisaca, Nekomata, Tao Tie/Toutetsu, and Goblin on the second row, Mokoi, Koppa Tengu, Apsaras, Sylph (asleep) on the third row, and Katakirauwa and Ganesha on the final row. There is a "x2" mark on White Rider's status icon, but the significance of this is unknown. 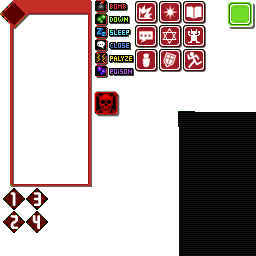 There are several status effects that don't exist in the final, including Bomb (used in Soul Hackers), Down (used in Persona titles and probably evolved into Smirk, but interestingly uses the icon of the "Strain" status condition from Strange Journey), Paralyze (only its lighter version, Bind, is used), and Close (used and localized as "Mute" in Apocalypse). Paralyze uses the same abbreviation as in other titles of the series such as SMT:If and SMT2. 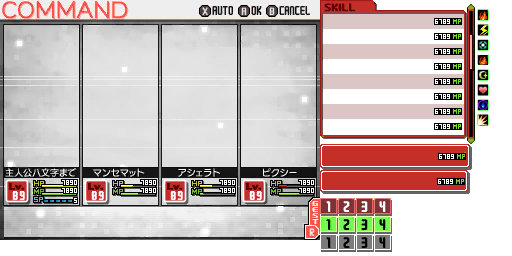 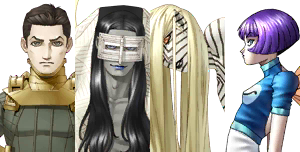 Yet another command window for combat, presumably a mockup later in development since the "white squares" background is present. This time the protagonist sprite is the main character from Strange Journey. Fittingly, the first demon is Mastema, with Asherah (again) and the Soul Hackers version of Pixie (the final game uses the series staple Pixie design). R is used to initiate Auto-Battle in the final version, but here X is used, with R seemingly being relegated to Guest Party Members. There is an unusual "SP" gauge on the hero here, the use of which is unknown, but might be connected to the Assist Gauge in Apocalypse. The protagonist's name here is "主人公八文字まで", which means "Hero('s name) is limit 8 characters.". 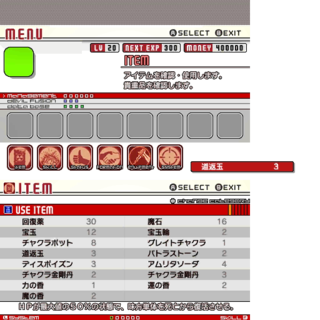 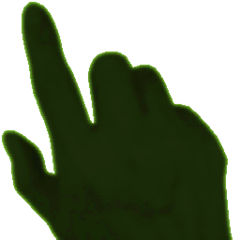 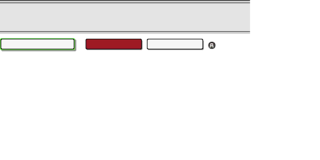 This looks closer to the final game's menus, but it still has the somewhat strange Wipeout-style menu design. More text:

Item description at the bottom (for the "Return Orb"):

The demon Cait Sith was planned to be included in the game's vast array of demons, but was ultimately dropped. The only remains of it are all of its relevant graphics, as well as its removal being mentioned in a development spreadsheet. 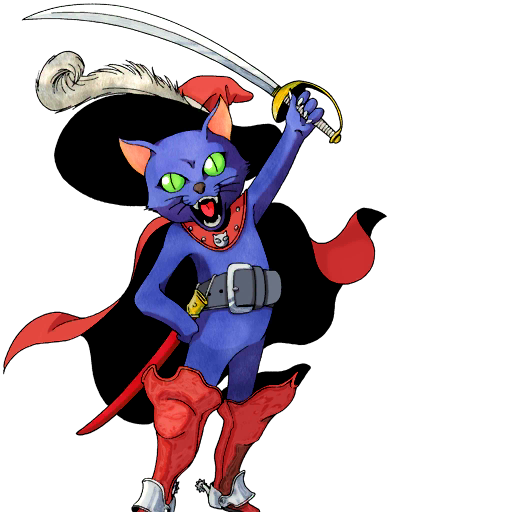 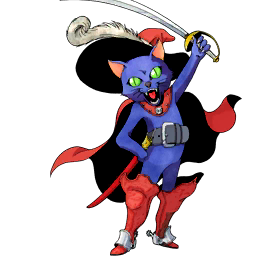 The demon Moloch, who made a somewhat prominent appearance in Strange Journey, also has unused bust graphics in the files, intended to appear during demon negotiation. Interestingly, both his Shin Megami Tensei: Devil Summoner and Shin Megami Tensei NINE designs have unused graphics. His exclusion strangely makes him one of the only demons from Strange Journey to not be included in IV. 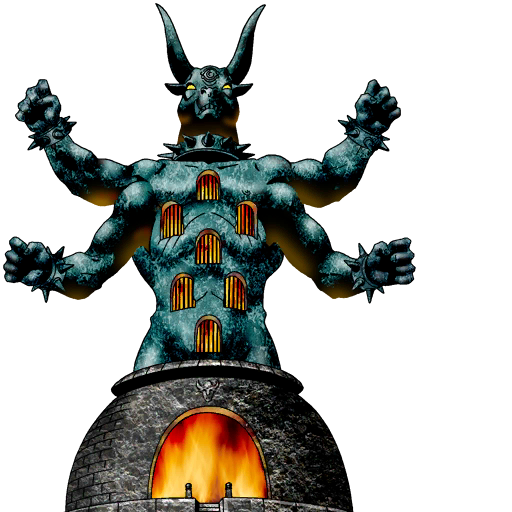 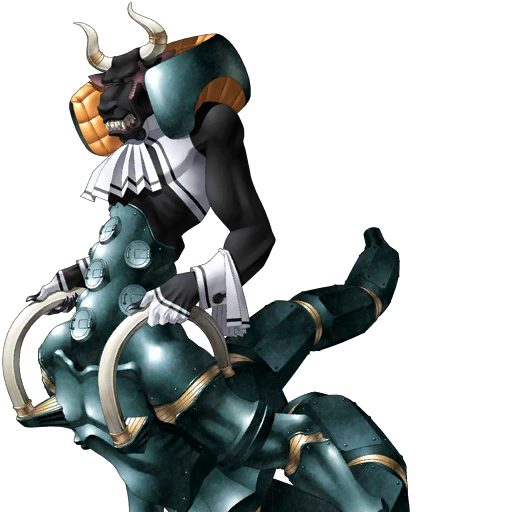 A cut feature called Legion Skills has text remnants in a few files. "Legion" is the internal name for the group Horde enemies throughout the game. Hordes are not recruitable, but apparently it was possible to learn unique skills through attempting to recruit them. It seems originally there were going to be a lot more Hordes, as conversation text exists that implies groups of same personality demons were once a thing (see Unused Dialogue).

Several texts from a build of the game called "A2" are leftover in event files.

The context of these are unknown, as only demons in certain Challenge Quests are marked on the map in the final game. "B7 of Naraku" would likely be the Sky Upper Scaffolding but no "moving" demons appear there in the final; the closest would be the Demiurge Challenge Quest late in the game.

Contextual ambiguities are present in the original Japanese text, making it difficult to fully decipher what it's referencing, specifically what actually starts at level 20 and what Arthur Apps are. At this point "Arthur Apps" might be referring to an early version of Burroughs Apps using Strange Journey's Arthur AI character. Since the Gauntlets are actually taken from Demonica suits in SMTIV, it was probably intended that Arthur was the AI instead of Burroughs. 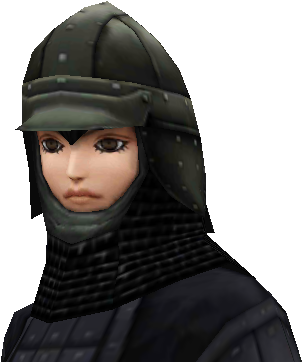 The opening animation contains a Mikado soldier looking at a billboard. The camera view only shows the back of this character, making his face mostly hidden. Interestingly, this unused design resembles a Kazuma Kaneko character rather than a Masayuki Doi character.

A patch was made available on the eShop on August 5, 2013 that updated the StreetPass feature.