This is a sub-page of Shining Force III.

This game is chalk full of unused maps and areas, quite a few of which aren't even programmed into the game! Most can be accessed by either enabling debug or using Action Replay code 3602F0B1 00?? (where "??" is one of the below), though some will require some file swapping to function.

Values AD and beyond cause a Disk Read Error, Debug Mode also stops at Wave. The N/A maps can only be seen through file swapping, hence the NPCs in the image.

The blocked off stairs in Aspia Castle as well as the closed gates in the town proper all have functional exits! All of the Aspia entrances warp you to the start of the castle's moat. This also seems to cause glitches, the game may end up replaying cutscenes or simply repeat the chapter 4 introduction. The one in the Catacombs simply restarts Battle 27.

If you go out of bounds in certain maps you'll notice a ton of objects and sprites hidden away: 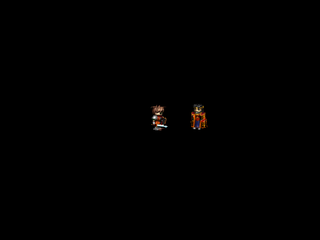 Benetram is present in a corner of the map. He has no lines, so trying to talk to him does nothing. 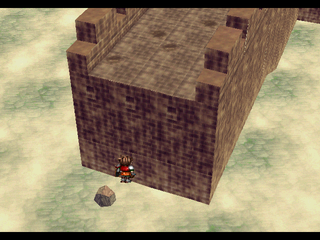 A hidden rock is present at the very end of the level. 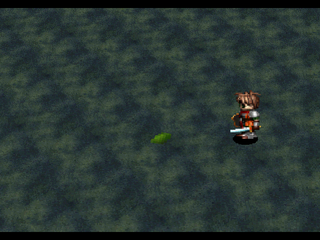 A lone leaf is present outside the map. 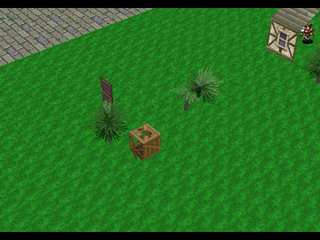 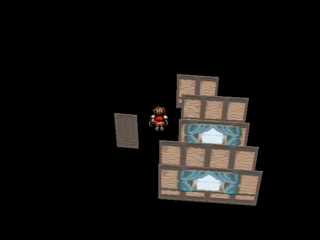 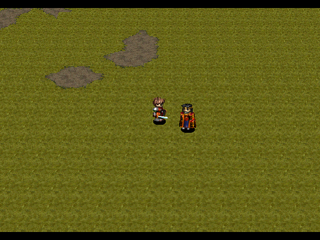 In the Second Vagabond map is another Benetram, again talking to him does nothing.

Saraband imperial district and the Town of Railhead have certain doors that can't be entered at any point in the game, as attempting to do so will tell you that the door is locked. Stranger still, a few of the ones in the Imperial district are blocked by soldiers and an event trigger that will force you back. Another thing of note is the message for the locked door in Railhead is one of the very last entries in the script, suggesting the decision was made fairly late into development.

Internally the game appears to be missing at least 2 maps related to the train. GD.MPD is the train battle, then it skips straight to GD4.MPD, GD5.MPD and GD6.MPD. Worth noting that GD3.MPD was found in the Segakore demo. Though it's just an outside view of the train, it also includes another train car that is completely missing from the final, with an NPC blocking off the entrance to where it would have been.