Shining the Holy Ark is a much improved sequel to Shining in the Darkness. 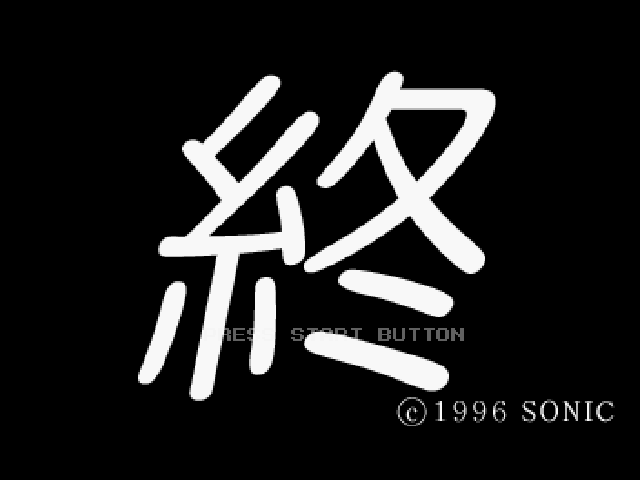 KARIOWAR.SPR contains what appears to be a placeholder splash screen from early in development. The text reads "終" (end).

Use 16020780 00XX (with XX being the following values) to place these in the first item slot in your character's inventory.

It seems more items like the Pixie Bell were planned. The 4th, 5th and 8th lines are used by the unused Cygnus Hammer, Giant Bomb and Shark Fin, and the 10th may have been intended for the Treasure Box item based on it's description. It is unknown what the control codes refer to.