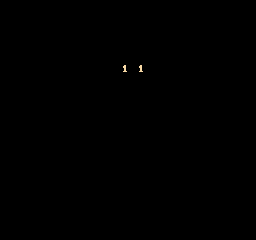 Press Down, Down, Left, Right, Up, Up, Start at the title screen.

The soundtrack for the NES Shinobi has eleven tracks (all of them renditions of music from the arcade and Master System versions), but only four are actually played in-game: the standard stage music (BGM2), the bonus stage theme (BGM1), the stage clear theme, and the ending/game over theme. The unused tracks are as follows, with the titles taken from the Legend of Joe Musashi album: