My pheromones bring all the ants to the yard.

Or maybe it has to do with this milkshake some human spilled.

Hold down Option when invoking the about box to show a version number in its upper-right corner. 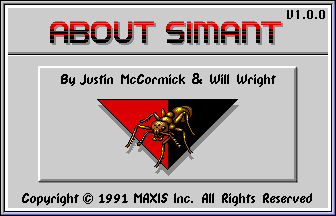 Hold down Option, Command, and Shift when invoking it to reveal the Obligitory [sic] Secret Message. 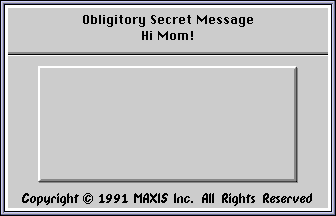 The secret message is only legible in the color version. In monochrome, using the same key combination will make the upper portion of the about box black, for some reason. 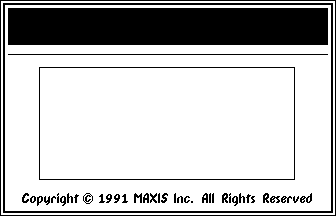 The dialog box that shows the registered user's name uses the placeholder name of "Customer". 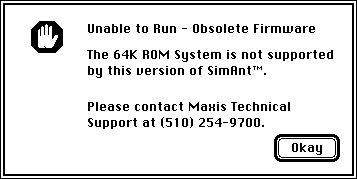 This message implies that a version compatible with 64K ROM systems could be obtained by calling Maxis at their local number. Such a version was probably never made, so it's a good thing that an "out of memory" dialog is displayed on those machines instead.