The 2013 reboot of SimCity is infamous for its horrendously failed launch, with constantly overloaded game servers making it near impossible to actually play the game (that is, until modders found the one line that needed to be commented out to enable offline play, disproving the developers' claim that it couldn't be done). Even after the official patch that removed DRM from the game, it remains subpar at best, especially compared to its predecessors and competition.

Digging through the game files reveals that another region was apparently cut from the game. Only its map image file remains. 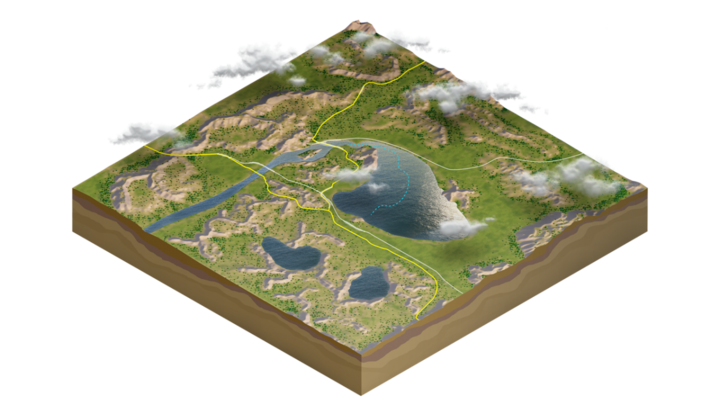 The debug menu was disabled, but can be enabled by using modifications.