The Macintosh SimCity was the first release in the Maxis Sim line. Its success proved to a skeptical industry that creative, open-ended gameplay was as legitimate a form as zero-sum competition.

The following versions are known to exist:

In Version 1.2, legal action by Toho Co. forced the replacement of a certain unnamed kaiju by an orange salamander with a far less intimidating battle cry. (In Version 1.5, this monster has had a growth spurt and its voice has broken.)

The first two sounds are internally named "God"; the third one is "Monster".

In v1.3 and later, type NUKE to simultaneously demolish every developed tile on the map. 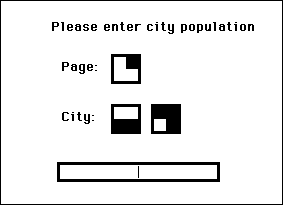 Versions 1.0 and 1.1 required inserting the master disk at every launch.

Versions 1.11, 1.2, and 1.3 had the player enter one of hundreds of population figures, printed on four hard-to-photocopy red sheets, into the box at right. After three wrong answers, the game would begin but the area would immediately be racked by explosions and earthquakes that never let up.

Both of the above protection schemes only applied to the black and white editions; the color equivalents were unprotected.

Versions 1.4 and 1.4c required the program to be personalized with the owner's name. Whatever you entered would be added to the credits under "Licensed To".

Version 1.5 was not protected in any way. 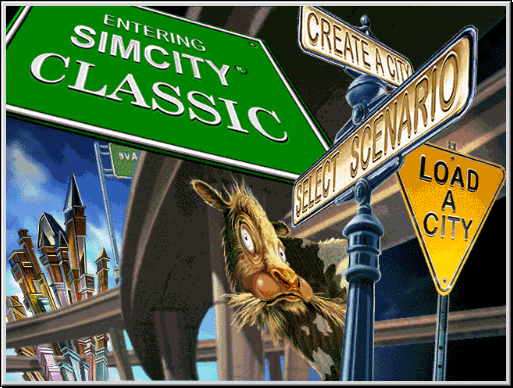 Even though v1.5 discontinues black and white support, its PICT resources include a monochrome graphics sheet that reveals some never-used early graphics:

An unused Apple menu and debug menu are found only in v1.5. (Sprocket was an application framework published by MacTech magazine.) 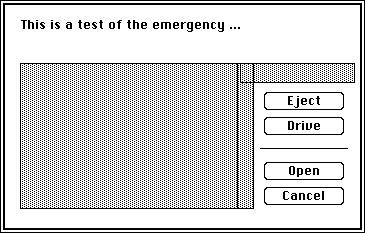 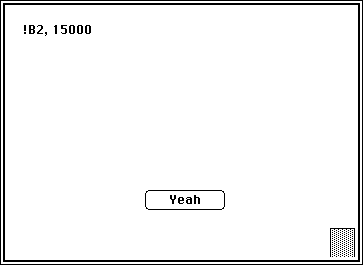 The program's four-letter identifier, MCRP, is a remnant of the game's working title "Micropolis".