This is a sub-page of Skullgirls.

This page contains all the unused graphics from Skullgirls.

Assets made for the Japanese arcade version of Skullgirls, where single-player gameplay is interrupted if player two joins mid-match. Since this situation cannot occur in the Windows release, these assets go unused.

An alternate spelling of Squigly's name meant to be used in the character selection screen.

An early version of Squigly's character coin graphic. Her final one has a thinner jaw.

Character graphics for "Unknown" meant for in the character selection screen and versus screens.

Early HUD mugshots for Eliza, Beowulf, and Robo-Fortune can be found alongside the graphics for the HUD. Eliza's pose is the same as her neutral Story Mode portrait which was used in several pieces of placeholder art during her development, while Beowulf is in his idle pose. Robo-Fortune's is almost identical to her final one, albeit low quality and looking off to the side. It is unknown why they exist within the game. 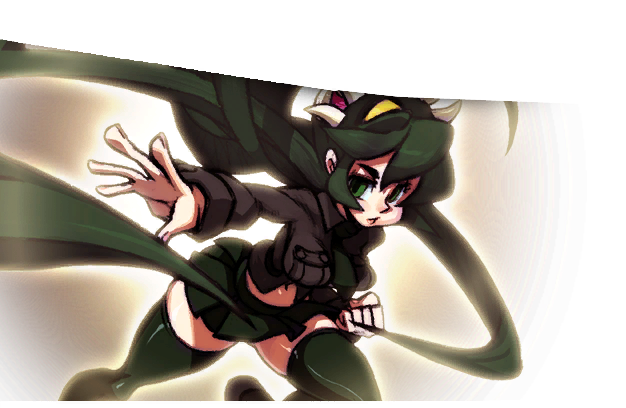 Character graphics exist for Fukua, a palette-swapped version of Filia with a very curious origin.

A version of Fukua was eventually made a playable character in the April 1st 2014 update.

Her unused character portrait was reused for her Blockbuster reel image until the Eliza update where it was updated with her modern appearance. 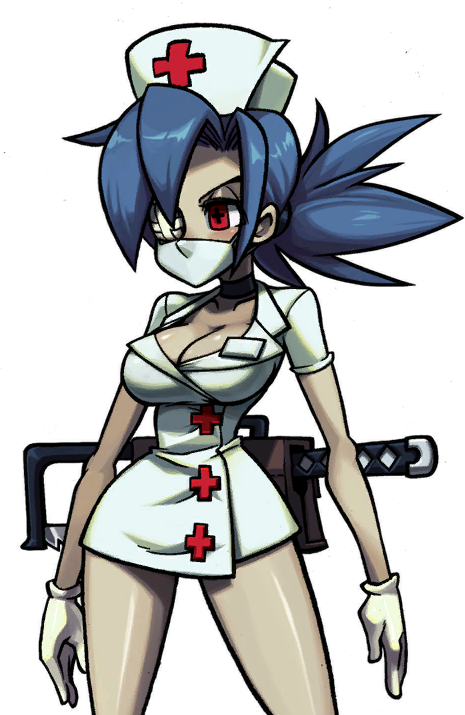 Valentine's "normal" cutscene portrait has an unused variant with less revealing clothing. Her outfit also has a red cross, which could be this design was made very early before the censorship of that particular part. 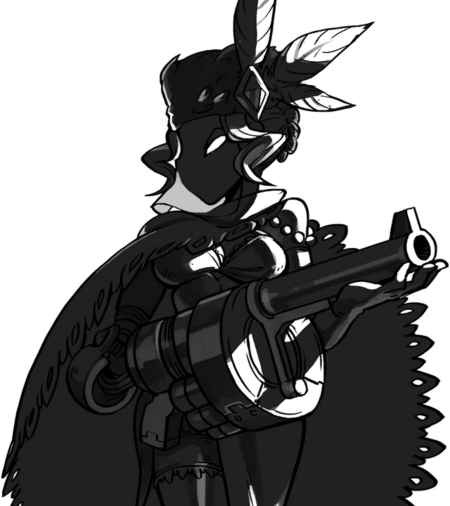 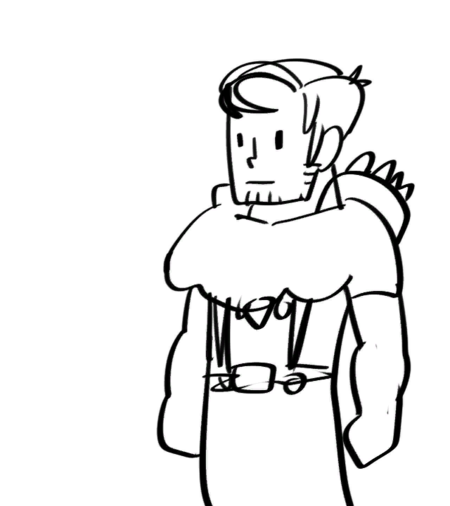 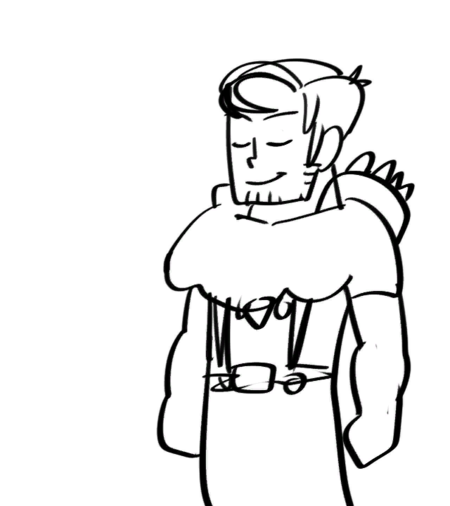 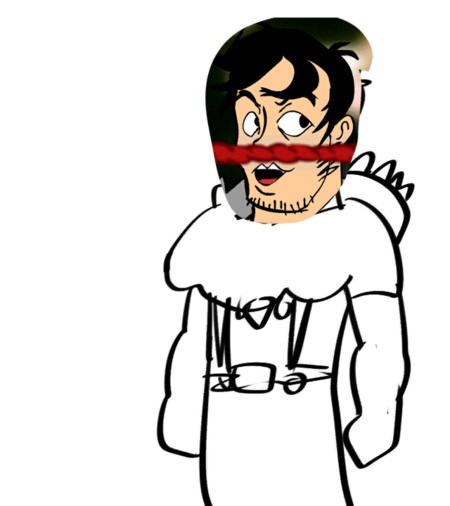 Originally, the image of Filia sitting was left uncolored. In the Season Pass 1 update during the open beta for Annie, the image was updated to be colored in Sepia-Tone, with a bit of shading. Another sketch of Filia sitting can be found in Beowulf's Character Art folder, but it is mostly similar to the original sketch. The only difference is that The Hurting is colored, and Samson's body is more transparent. 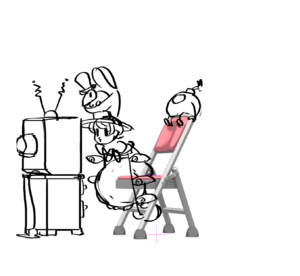 Peacock is slouching, watching something on an unplugged TV with her buddies Avery and George. 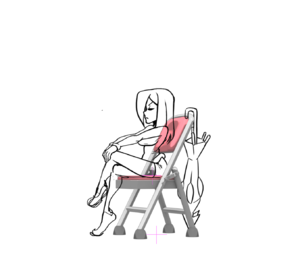 Parasoul is doing a royal perch. 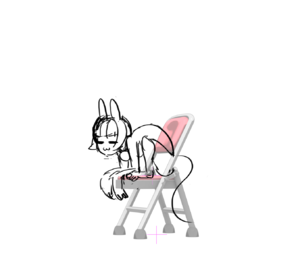 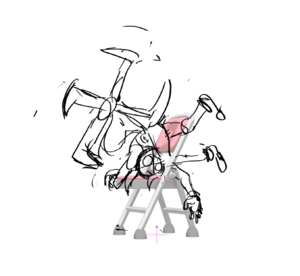 Painwheel is struggling to sit on The Hurting because the Buer Drive is in the way. At least she's trying her best. 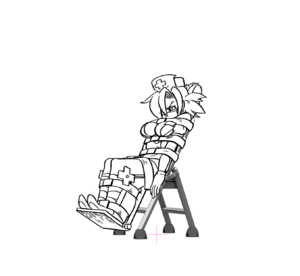 Valentine is sitting on The Hurting while being... restrained? 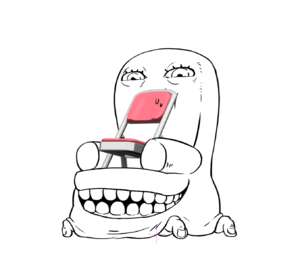 Double is turned into a chair... while letting a chair sit on top of her. 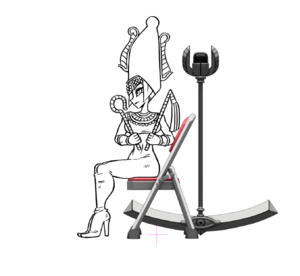 Eliza sits on a chair in a way that's akin to an Egyptian hieroglyph. 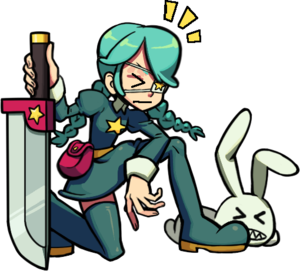 A frame of Annie and Sagan making an anime-esque strained face. This can be found in the hitstun folder. 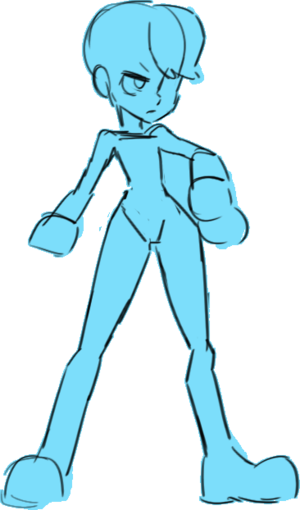 An unfinished frame of Annie's tag out animation. 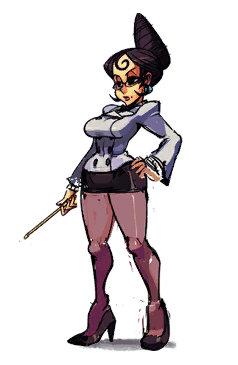 A rough placeholder image for Mrs. Victoria can be found alongside the graphics for the Class Notes stage. The final game uses an animated version instead.

Marie, the final boss, has graphics for the character select screen. No corresponding character select portrait or face icon exist. It was likely she was intended to have been included as a playable character. Marie was later included as a potential candidate in the DLC voting campaign during the 2013 Indiegogo Fundraiser, but lost to Eliza and Beowulf. An eye-level image intended for the HUD when using a team is also present.

Marie has an image intended for the Blockbuster reel that appears when a character activates their Blockbuster. Even though she does gain meter, she has no Blockbusters defined so this image is never seen.

Umbrella, Parasoul's kid sister, was supposed to be included but was dropped early in development in lieu of Valentine and Double (Squigly suffered a similar fate, only to be reintroduced as DLC later on regardless). Umbrella also did not survive the DLC voting campaign during the 2013 Indiegogo fundraiser. She was announced as a DLC character in 2021 as part of the first season pass, and released in 2022. 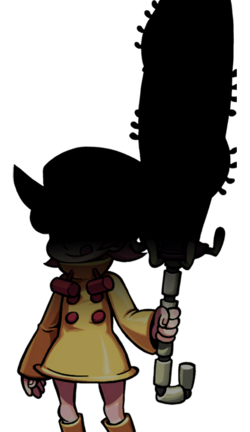 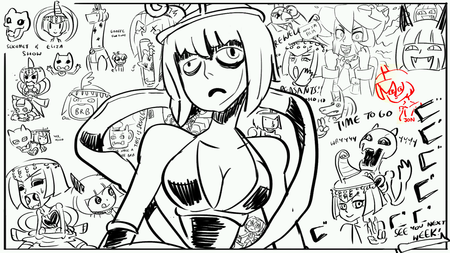 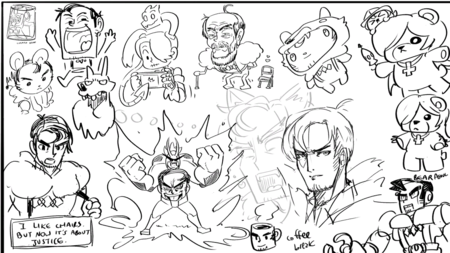 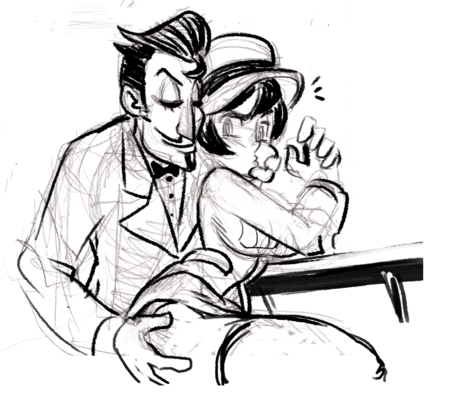 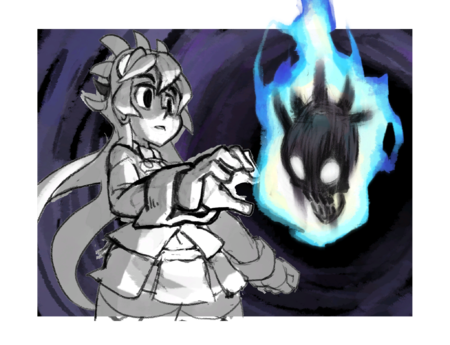 A close up of Filia's face that was possibly meant to be used for her alternate story mode ending. 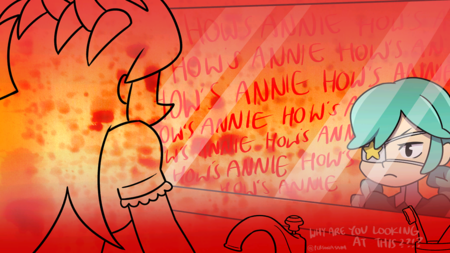 A joke image found with the ending graphics of Fukua's Story Mode. 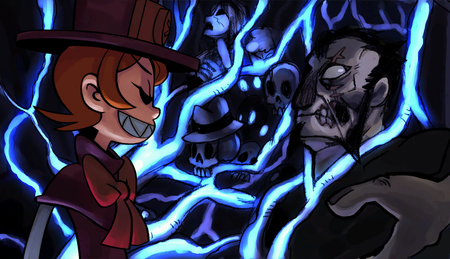 Peacock grinning at her mutilator's corpse. She never does this in-game, but the image is available in both the gallery and the Digital Art Compendium.

And a controller image or something. Graphics for Xbox 360 and PlayStation 3 pads are in the game but aren't used by the PC version. 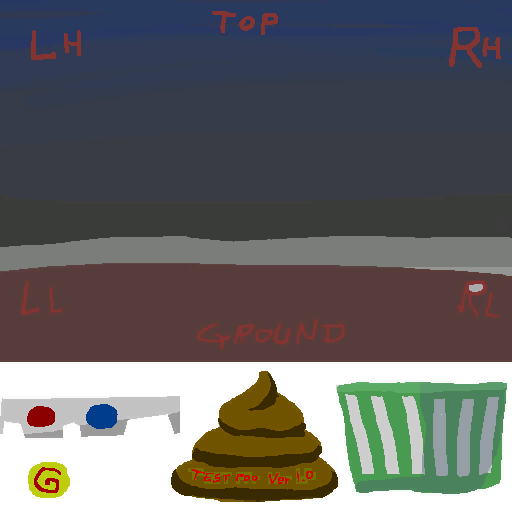 A test level background? Well, it has Test Poo Ver 1.0. 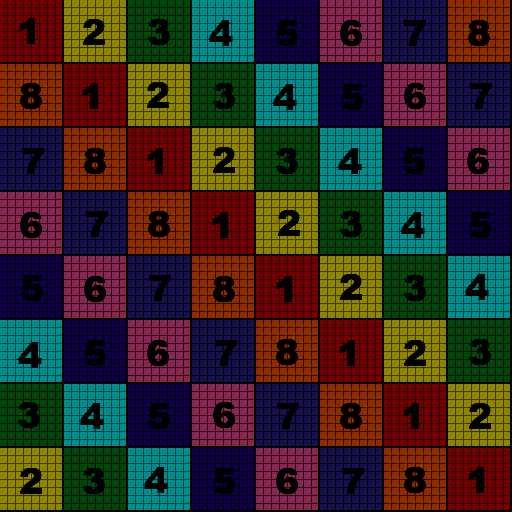