Yet another game that appears to star Nature Clan, though this is a separate game to that series. Also features a too obvious knockoff of the Pitfall II theme and a sound effect from Dr. Jekyll and Mr. Hyde of all things. 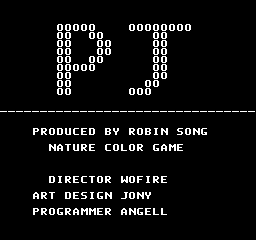 As with many Nice Code games, pressing Up, Down, Up, Left, Right, Left, B on the title screen will briefly display a credits screen. Nature Color Game is one of several aliases used by Nice Code, and PJ most likely refers to the Power Joy series of Famiclones which many Nice Code games were released on. 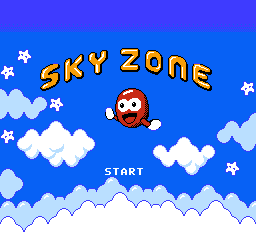 An alternate version of this game exists which replaces the title screen, removes the intro animation and disables the code to access the credits screen. The rest of the game appears to be identical, however.