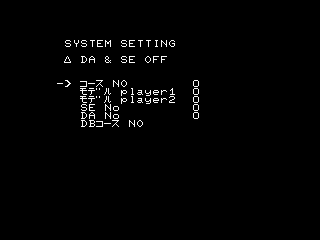 Use the following code to display a debug menu. Note that the code must be activated after booting, as doing otherwise may cause the game to freeze. 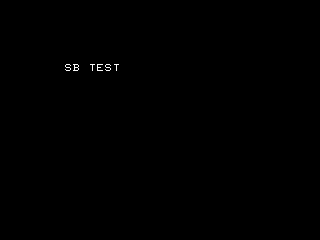 Displays the string "Shibuya Test", then goes to the title screen, from which the game crashes after trying to exit it. 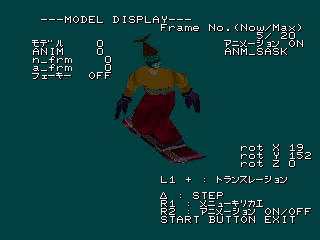 A model and animation viewer. 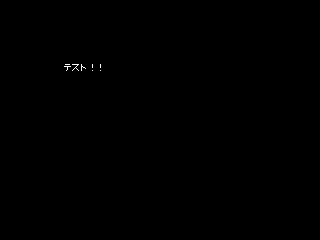 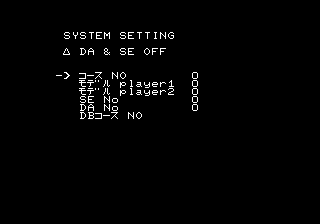 A system configuration menu. While there are options relating to the courses and the player models, only the sound test ones (SE No and DA No) seem to work. Can also be accessed by pressing Select on the main debug screen.

The American and European localizations use a completely different soundtrack compared to the original Japanese release. Additionally, the Option and Course/Player Select screens had their music tracks swapped for the European release.