Solstice is an isometric puzzle-platformer, notable for its impressive graphics and memorable soundtrack, composed by Tim Follin. Of course, being a British-developed game, it's also notable for being...somewhat difficult. It was followed by a SNES sequel, Equinox.

There is a copyright text inside the iNES ROM image at 0x010010 in all versions of the game:

Each publisher of the game used a different font for the opening credits. 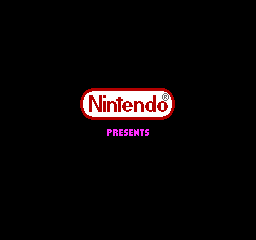 The European release had a second opening credit.