Sonic Advance 2 is the second game in the Sonic Advance series, mostly known as the game that introduced Cream.

The copyright information from the title screen on a black background.

White text for the title screen that says "TGS ver.". It was probably used during the Tokyo Game Show. 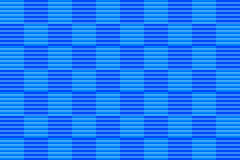 An unused background that can be seen in a trailer that was included in Sonic Mega Collection. It was later used for the options screen in Sonic Advance 3 albeit with a different palette.

Not having an SRAM chip on the cartridge will unlock everything in the game. This is also the case for the other Sonic Advance games.

A romanization mistake is present in the title card of True Area 53 in the Japanese version. This was corrected is the US version but is oddly still present in the European version.