Sonic Colors is the game that ended the so-called "Sonic cycle" by actually being decent, taking the daytime gameplay of Sonic Unleashed and placing a higher emphasis on 2D platforming and accessibility. The result is a brisk, colorful romp filled to the brim with unique stages.

A remaster in the form of Sonic Colors: Ultimate was released on September 3rd, 2021 for early access, with a wide release on September 7th, 2021.

There are unused tracks in the game's Synth folder of Sonic taunting bosses in both English and Japanese, as well as banter between Sonic and Dr. Eggman during the final boss. However, in the actual fights, Sonic is silent, and Eggman only has one line in the final battle. In Sonic Colors: Ultimate, these voice lines were re-used in their respective bosses.

This file contains developer notes to identify each level layout.

(Jugemu is the japanese name of Super Mario's "Lakitu" enemy)

This reveals that many of Game Land's acts are based on levels from Sonic 1,2, Unleashed and the main game.

Thanks to Windii for translation help.

The previous file reveals that Sonic Colors was originally going to follow the same level structure as previous Sonic games like Sonic the Hedgehog CD, Sonic Advance 2, and Sonic Unleashed: two main Acts followed by a boss. The other Acts would have been optional side-missions, which explains why they all reuse level geometry from other levels. In most cases, the two main Acts were split into separate Acts. The original act format was, as follows:

Starlight Carnival and Terminal Velocity did not see any Acts split, though the former's Act 2 became Act 5 and the latter's files indicate that an Act 3 was cut. Additionally, although the Acts were split, the geometry for what would have remained of the levels (excluding objects and enemies) is still loaded in and can be accessed through glitches or hacking. It's unclear why these changes were made, though it is presumed they were done to pad out the game's length.

Note that the DS version of Sonic Colors is structured almost identically to this; every area has 2 acts, a boss, and 3 side missions.

There is data for 6 unused Sonic Simulator levels, in varying degrees of completeness.

An unused archive called obj_drill has copies of many of the regular objects found in common_object, with a few differences and a handful of textures. The most interesting piece is an early design of the Yellow Wisp, in image form. It is named cmn_obj_pixy_spn_SD and uses three textures, two of which are not in the archive. The textures are cmn_obj_pixyspn_dif_SD, cmn_obj_pixyspn_halo_dif_SD, and cmn_obj_pixyspn_strp_dif_SD. An earlier design for metal boxes can be found as well, with metal corners instead of the glowing corners used in the final design. There is also an unused version of the ramp object named cmn_obj_trickpanel30L_SD. It is 217% the size of the standard ramp. 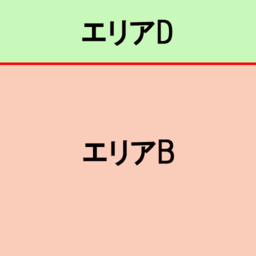 An unused shadow map file for the boss act of Tropical Resort. The image is divided up into "Area B" and "Area D".

In actstgmisson.lua there are unused entries referencing cutscenes

An early version of the room created to render the cutscene before the Planet Wisp boss still remains on the disc, in the stg490 directory. It uses the filename stg490_02 and references textures that weren't put on the disc (listed below). The textures have the letter code "evn" (likely for "event") and were used to texture the generator platform and the tractor beam chain.

some meshes have their normals swapped the generator is unfinished because the skull pattern is not modeled as is in the final and the top is not slanted at the front. Additionally, a copy of part of Tropical Resort's boss ring (of which the Planet Wisp boss is a copy) exists in the same folder, with the name stg490_04.

The infamous Ferris wheel boss Rotatatron and his upgrade, Refreshinator, both have an unused missile attack. Both bosses have a unique missile model loaded with them, which each have their own unique textures. Unlike most models in the game, these textures have the shadows baked into the texture. Both bosses have an animation of moving the cylinders on their back, referred to as shot_loop which would have been used to launch the missiles. (Ever wonder what those tube things were for? Now you know.) Refreshinator never uses this animation, but Rotatatron uses it when launching the glowing pink ninja stars from his face. 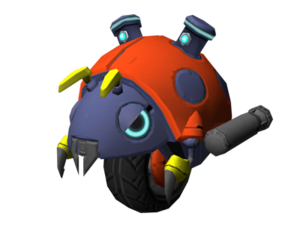 Inside the common Motobug enemy model is a pair of tube-shaped weapons that match up with the top-most spots on the body. Each tube has a glowing spot on the front and a square hole on the back. They are rigged to bones called PartsL and PartsR, aligned in such a way that the cylinders can easily move out from the position of the spot. Each one also has a bone named WeaponSpot aligned with the glowing spot on each cylinder. The larger Motobug enemy has the same bones but does not have the hidden weapons. None of the model's animations use any of the weapons' bones.

This feature appears in the game's concept art, which depicts a spherical object of some kind being ejected from the hole on the back of the tube. Since the holes face backward, it is likely that Motobugs would use these weapons while driving ahead of Sonic.

Despite only being seen flailing around in space, this fancy version of the normal Egg Pawn has a set of standard animations, including a unique "found you" animation. Unlike the other Egg Pawn models, it does not rely on the default version for its animations and body, though nearly half of its animations are copied from the regular version.

The crawl and foot sweep moves from Sonic Unleashed. These are likely straight ports from that game; the Sonic model used in Sonic Colors share the same skeleton structure, textures, Uvs and most animations besides those for running. However, their presence indicates that these moves were initially planned. They were likely cut due to a lack of buttons available on the sideways Wii Remote.

Many, MANY models and textures have _SD at the end of their filenames. This could be a leftover of a rumoured Sonic Generations Wii version, as that game uses _HD at the end of the filenames too. That'd also explain the returning badniks and the shared unused animation for the Unleashed crawl move between both games.

The sound when using Wisps are actually two separate clips that play together in-game, this possibly indicates that they were planned to alter when they were played.

At some point, this texture was changed. However, they forgot to swap out the modified specular map for it. As a result, lighting effects on this texture will look odd. None of the other textures resemble this modified design.

The game is known as Sonic Colours for the European release (also used in Australia in this case), as the word "color" is spelt with a "u" in those regions. Canada also uses the "u" spelling, but as per usual, it shares a version with North American so that isn't reflected here. There is an ESRB notice above the copyright notice ("©SEGA") in the North American version.