Sonic is back again! Only it's from a previous adventure, or more specifically, one that was ported over from another platform.

The Windows version has several unused videos that do not exist in the Wii U version.

Found in the game's data files is this video called SLW_Broll_Kiosk_14thMay. Converting it into a playable format shows off what looks to be a demo sequence that isn't shown anywhere in the game. The section featuring Desert Ruins Act 2 features minor differences between both the Wii U and Windows versions, like increased fog density, increased draw distance, and increased depth of field.

Also found is a video called opening_trial. A leftover from the Wii U demo. It has two audio tracks, each one having different music. 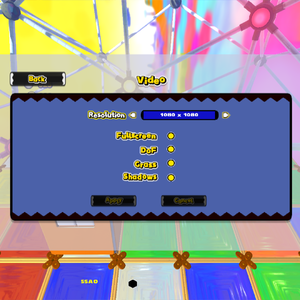 The "screen space ambient occlusion" option was originally planned to be added in the video preferences to allow the choice of enabling and disabling it, but that option was scrapped from the settings, and it cannot be turned on.

It is the only option in the game that does not have text stroke effects and has a bubble that is in a hexagonal shape.

It can be displayed on the bottom of the screen by using one of the widescreen codes using Hedge Mod Manager. 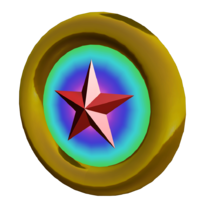 The model of the Goal Ring in Sonic Lost World.

The Goal Ring was used in Multiplayer mode of the Wii U version, but the Windows port removed said mode so the Goal Ring is now completely unused. However, the model (cmn_obj_goalring.model), sound effect, and coding of it remains in the game and works correctly if placed in a level.

Eggman has some voice lines that weren't used in the Wii U/PC version. Apparently, some were used for the 3DS version.