From The Cutting Room Floor
Jump to navigation Jump to search
This page is a translated version of the page Sonic R (Windows) and the translation is 4% complete.
Other languages:
English • ‎русский • ‎한국어

ПК версия Sonic R was notably improved over the Saturn original, and was later included in Sonic Gems Collection. Regardless, it still made people feel like they were pushing a cinder block across a rubber floor using a pen cap.

For some reason, the executable contains the menu from a very old Direct3D test program. 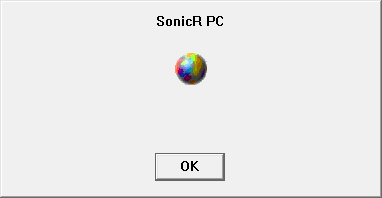 The "About" dialogue box is still in the executable, and can be accessed with a resource hacker.

Sonic R had a post-release patch that added networking support. (You know, because the game was going to be all the rage at LAN parties) As it turns out, an early version of this shipped in the retail game, accessible via memory editor. Obviously it suffers from a few shortcomings compared to the patched version.

Only TCP/IP works; IPX just dings at you. In addition, you cannot enter an IP address or have a name other than "Player". 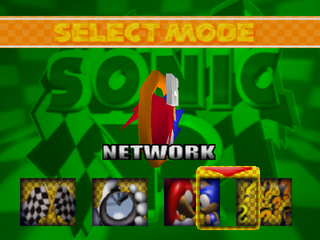 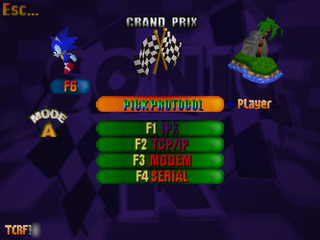 Despite this, everything still works quite swimmingly. You can select a course and a character and play against a friend, so long as they happen to be on the same computer as you. 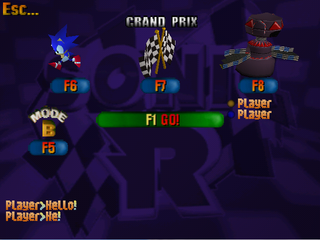 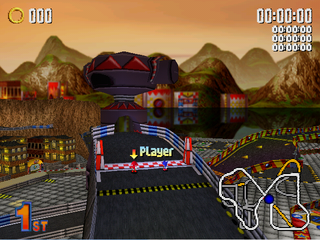 There's unused menu graphics. They're not all that interesting, but they're there. 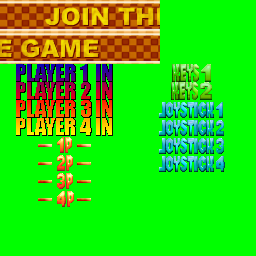 The "Player X In" labels went unused; the "Joystick/Keyboard X" labels were used instead. 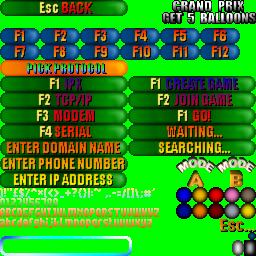 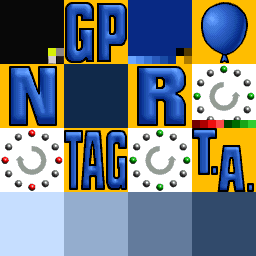 These relatively non-descriptive letters for the menu models were replaced with actual icons. Also, there's a bunch of randomly placed palettes for whatever reason. 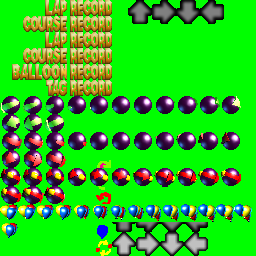 Some unused animated icons for the different time attack modes of Sonic R. These were replaced with smaller versions of the main menu models, which is a darn shame because these look really cool. Also, there's a couple of scribbles in the margins for good measure. 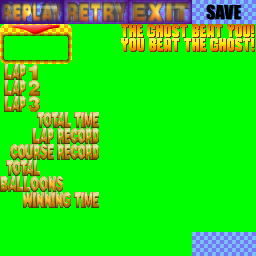 There's a placeholder "SAVE" menu option for the results screen along with its background. Surprisingly it's infinitely more readable than the actual choices, probably due to it not looking like it's behind an inch of solid ice. 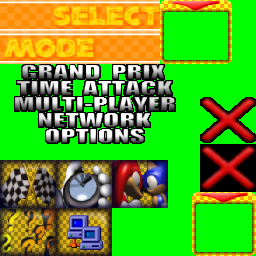 The main menu graphics contain an icon for the unused Network mode, cobbled together from the default Windows 95 graphics. It's certainly more informative than the bunch of question marks, anyways. It did go used in the Network patch.

If you force windowed mode using D3DWND or another DirectX windowing program and choose Direct3D, the caption will read SonicR by Traveler's Tales, but if you choose DirectDraw it will read BackBuffer.

This cannot be seen normally because the game always runs at fullscreen.

For whatever reason all the levels have balloons placed out-of-bounds. 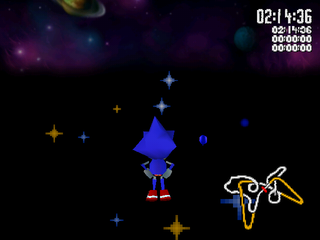 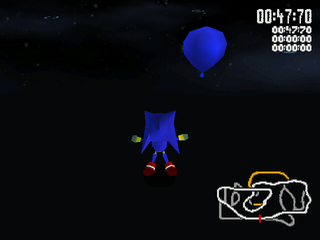 This also applies to most other objects as well. 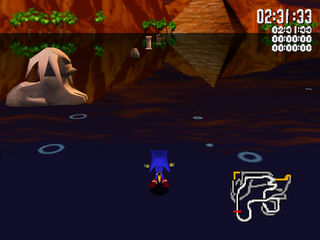 Strangely, the GameCube and PC versions seem to differ in where these balloons are located. 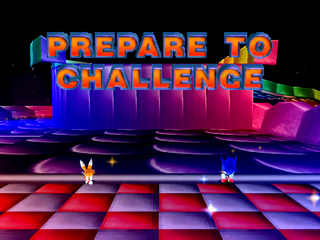 If you somehow get five Sonic tokens on Radiant Emerald (impossible without cheating due to it lacking said tokens), you get challenged to race against Tails. 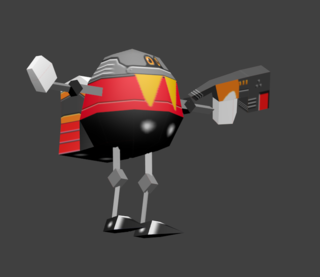 For whatever reason the texture on EggRobo's gun (assuming that's his name) got botched in the conversion between the Saturn and the PC. The texture of the part next to the trigger was erroneously replaced with the top of Tails's eye.

This was carried over to the Gems Collection release, which would be surprising if it weren't for the fact that not a single person cared about EggRobo, let alone knew what his name was.

There are a lot of debugging strings littered about Sonic R. These strings are loaded in various parts in key subroutines in the code right before a null sub. In some revisions of the Network Patch this null sub is replaced by a printf-like routine that outputs the debug info to a text log.

This is mostly useful during graphics initialization: (this is a small excerpt of a large log.)

It also announces every time it calls a major subroutine, which makes making a disassembly slightly easier. It's oddly nice to know that even the programmers just called all the files that make up the title screen "stuff".

Attempting to list every single such string would not be easy, as there are a lot.

There are strings that do not appear to be used, or at least are never referred to directly by any active code. A weird amount of these refer to features or files that no longer exist. (This is not all of them, as there are simply too many strings to sort through, but it's a sizable portion nevertheless.)