SpaceKids is an interactive cartoon game starring two little aliens who venture Earth to rescue their grandfather. Don't worry, their invasion is a peaceful one. Doodle Dip!

This tune starts off similar to Track 2, except it goes on a bit longer. Given to the placement of the track (which is loaded after the music where Elmo gets crushed by Saucer), this suggests that this is meant to play when the camera zooms in on Elmo's flattened body, or when Buzz shows up to check on him.

This track has a single note that is cut off early, as it quickly switches to Track 3. If you slow down the cycles of the game, you can hear it in its entirety.

Once you either enter the Castle, the Bed or enter Balboa's Ship in the demo version of SpaceKids, the game jumps to these screens. The first has Zeedle and Deet running up to the player to wave goodbye, only for Spike to show up behind them. The next screen then teases that the full product is coming soon as MicroProse's phone number is seen below. These scenes are still present in the full version of the game, just made inaccessible. If you put the "SKDEMO.exe" file in the same directory as the "SCENES.0" file from the full version of the game, it plays as expected. 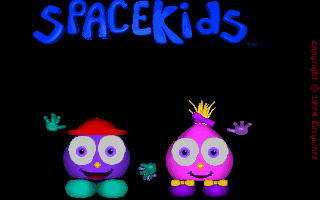 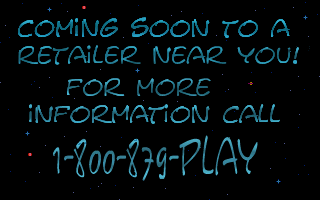