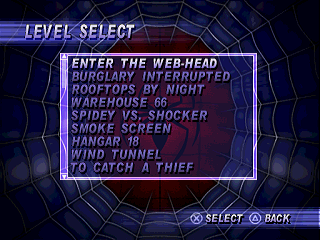 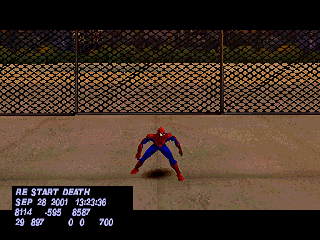 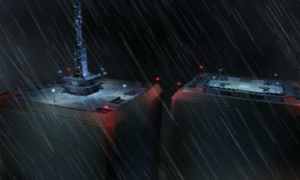 A few changes were made to the game to avoid any reference to the September 11th terrorist attacks, including a fight against Electro on top of the World Trade Center.

The most interesting of these levels is 'Top of the World' in which Spider-Man and Electro fight on top of the World Trade Center. The map itself was also changed, the towers before the edit were completely separate, but in the edited version they were joined by a bridge. The textures for the sides of the buildings were also changed to rows of Windows rather than close panes.

The game contains unlockable storyboards of its cutscenes. The Twin Towers were removed entirely from these, leaving the panel containing them blank. The image used for the pre-9/11 version of the game comes from a Brazilian copy, and as such uses a PAL resolution. The NTSC version has not yet been dumped.

In the Japanese release, whenever a cutscene starts or ends, the fadeout is different than the Western versions. The spider silhouette present in the fade is considerably thinner than in the Western releases.

During the credits, the Japanese version also lacks Spider-Man's comments on the game's developers.