res2.dat is where all the game's main data is stored.

An early and primitive version of the game's logo.

Three screencaps of a developer's screen, all three with windows open looking at background art from the episodes The Camping Episode and Club SpongeBob. In these screenshots, we can see:

Once again in res2.dat, there are unused levels, one of which with following header:

All levels use this header format. 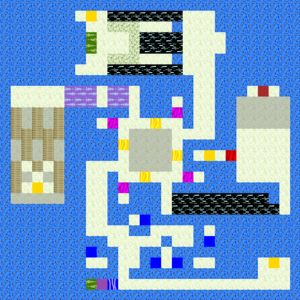 The unused version of the level, viewed in KrabbyQuestEmu

In the Phosphor Caves area of the game, the level Jellyfish Tango does exist. The developers left in the game an alternate version of the level that uses the wrong Level Context resulting in it using the textures for Bikini Bottom instead. 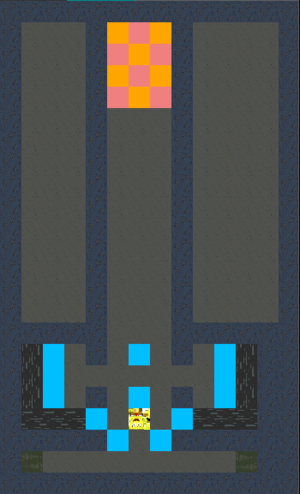 The level viewed in KrabbyQuestEmu with all objects visible