The items folder has a photo of a switch.

menu\tga has several unused JPEGs. These appear to be temporary level icons. 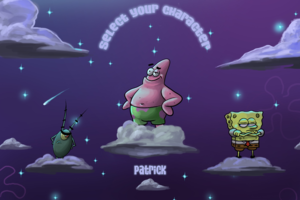 menu\tga also has an an early character select screen.

CMN\ART\TGA has an unused loading screen of SpongeBob sleeping on a cloud. It's also the icon of the .EXE. 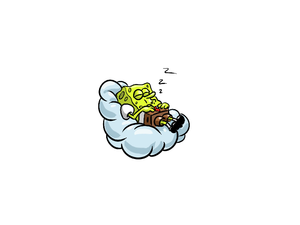 X/dirlight.x is a DirectX model of a stage light. It's the only model in .x format, and it doesn't seem to be used anywhere. 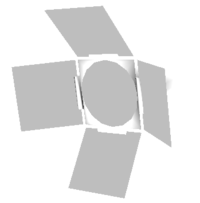 D:\gr2\sb6\level1\SOUNDS\SBRacing1.wav is an unused music track meant for the first racing level. It is recycled from The SpongeBob SquarePants Movie.

CMN/DLG/tooltips.txt is a leftover of Kids Next Door: Operation B.E.S.T, another game by AWE Games.

In the models folder the enemies for Patrick's Nightmare are titled as "marshmellopede" (Lint Worm), "icecreamtotem" (Filthy Pile), "gumdrop" (Soap Scum), and "cherrything" (Plunger) making it seem that Patrick's nightmare was originally intended to be a dessert themed level.