AWE Games' first SpongeBob SquarePants game. The game has two stories, but they both involve playing the same five minigames.

Thumbnails for each zone.

A thumbnail for the movie menu. It's a frame from one of the cutscenes.

A thumbnail for the main menu with SpongeBob in bed. Unlike the actual menu, he has sleeves.

A thumbnail with "BOATING SCHOOL" crudely edited over the Jellyfish Fields sign.

Icons found in the graphics of every level. They could be related to the "editor", which the game's executable mentions frequently. 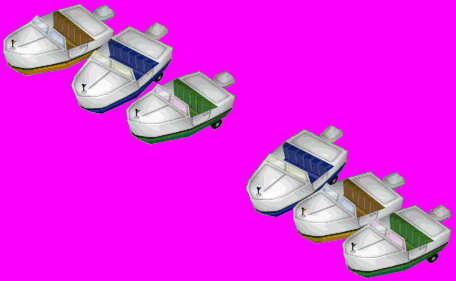 A row of boats named boatest.pcx meant to be seen in Boating School 101. 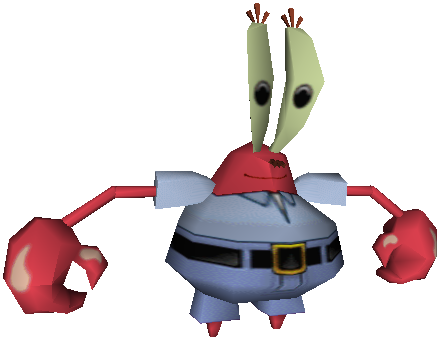 MRKRAB.PRO is an unused model of Mr. Krabs. He does appear in the game, but as a 2D sprite steering the ship in Save Me Money. He was most likely to be a playable character in "Save Me Money" because when you replace Z5SPON.PRO with MRKRAB.PRO, his texture appears correctly, but he will be small. He has animations for when he mounts the cannons. 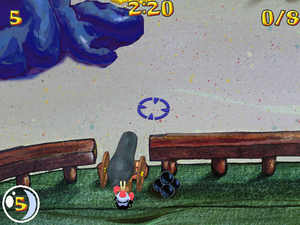 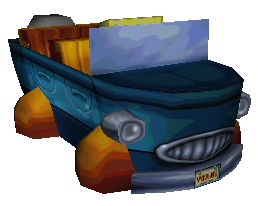 BOAT3.PRO is SpongeBob's boat from the season 2 episode No Free Rides but with no wheels. It was meant for Boating School 101, which only has two levels, making this go unused. The boat itself was later reused in Employee of the Month as the car that needs to be washed, as well as the Windows version of Battle for Bikini Bottom in the Traffic Jam minigame.

A sparkling sound effect likely meant for unlocking something. It was later used in The SpongeBob SquarePants Movie as the pickup sound.

A double beeping sound, and could've been used while backing up in Boating School 101.

SpongeBob.exe, the game's executable, is where all the text is. While there isn't much to find, there's still a few interesting things.

References to removed graphics related to some sort of editor.

Another reference to an editor.