Spot Goes to Hollywood, the sequel to Cool Spot, is an isometric platforming game.

During gameplay, press Start to pause and enter one of the following cheat codes.

Memory address $FFE622 is set to #$FF. You will lose the ability to pause the game. 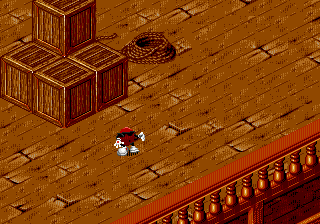 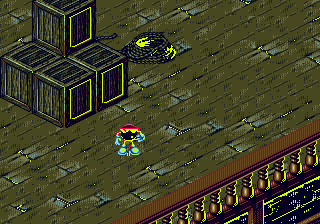 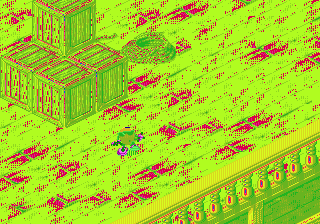 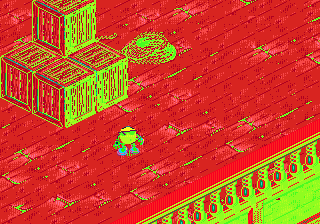 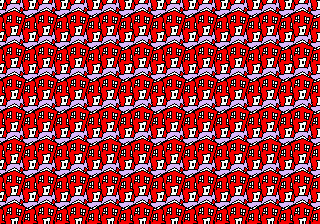 This displays a screen with drawings of houses that spin around. 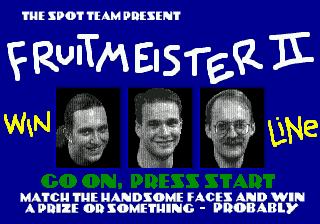 Enter the password PROGRESS before using this cheat. This loads a slot machine mini-game using portraits of the programmers. Press Start to play, or press C to exit. No, nothing special happens if you win. Maybe the prequel exists in one of their earlier games?

Enter one of the passwords listed below before using this cheat for developer messages. 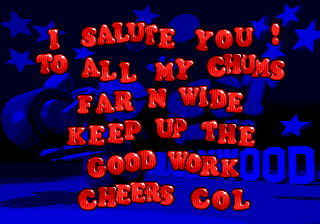 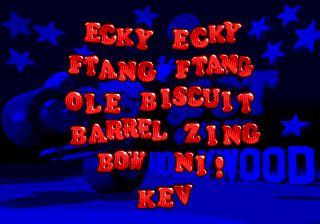 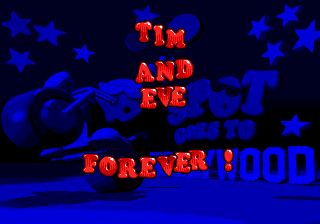 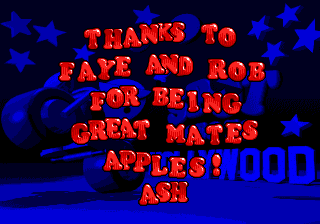 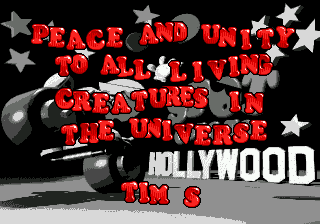 The mine cart accelerates on flat terrain and has a higher top speed. The mine cart top speed is located at memory address $FFF7D8. The original value is #$340, and this cheat sets it to #$360.

This doesn't seem to work while riding the mine cart.

Text printing for a debug menu begins at $2CD7E4, but the programming for the menu is missing, unfortunately.

Assuming the debug menu uses the same font and palette as the checksum screen (as is the case with The Jungle Book (Genesis)), it would look something like this: 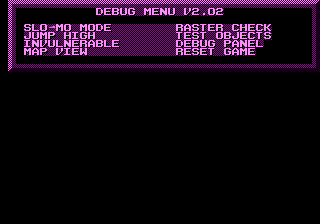 The game contains two checksum checks similar to the ones in The Jungle Book, another game by the same developer. 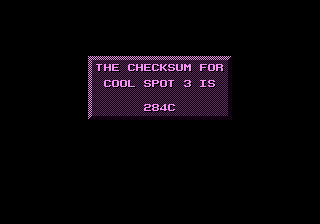 If the word at $2B2514 is non-zero in the North American version, the game runs a checksum (ignoring the words at $2B2512 and $2B2514) and compares it to the stored value at $00018E. The result of the comparison doesn't matter, however, as the code path for a failed checksum is a single NOP command, and the next operation is the same destination as a good checksum.