There are a few unused levels that exist within the files.

Present in the path \GameData\data\_lvl_pc\RHN\ is the level Rhen Var: Citadel from the previous game Star Wars: Battlefront. The ground textures are unfinished. It was probably cut because they couldn't finish it in time. The map was later finished and released as DLC for the original Xbox. 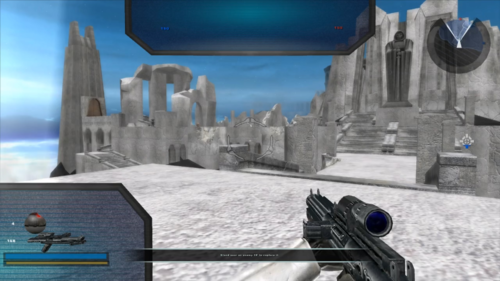 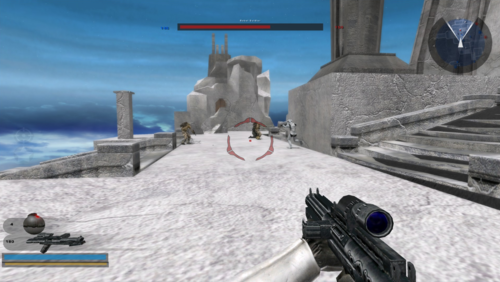 AI can be spawned when the level is placed over Naboo: Theed.

Rhn2.lvl is a level that was cut from the final game. It goes unused in the game's files.

Present in the path \GameData\data\_lvl_pc\Test\ is a test level that goes unused. It features an early version of the Republic Attack Cruiser. They have no interiors besides the hanger. If you go through the two hanger doors in the back you will fall through the map. There is no Trade Federation Cruiser on the map, weirdly it features two early Republic Attack Cruiser. Perhaps the Trade Federation Cruiser wasn't created yet. Two of the four command posts on the map are underneath the ground layer. These two command posts spawn underneath the ground floor.

test1.lvl is a level that was used for testing the conquest gamemode.

The only thing of this level that is left in the game's files is the folder itself. BES was most likely going to be one or both of the Bespin maps from Star Wars: Battlefront. The map Bespin: Cloud City from Star Wars: Battlefront was added as DLC to the Xbox version of the game so it could be possible that it was that map that was supposed to be in the Windows version as well. 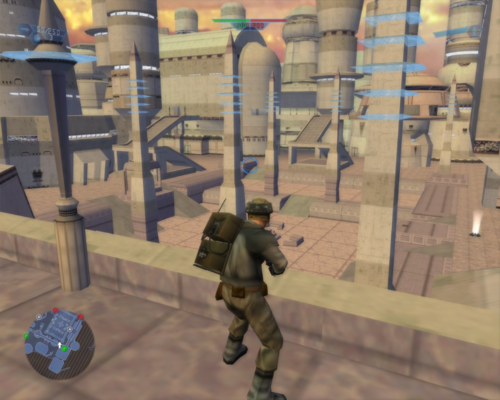