Super Bubsy is a Windows port of Bubsy in Claws Encounters of the Furred Kind, with all of the graphics redrawn at double the resolution. 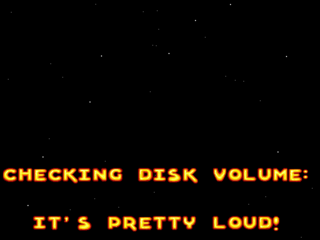 Whenever the game displays a loading screen, it shows one of several randomly-chosen "humorous" messages. However, the EXE contains a much longer list, most of which seems to not appear in-game.

Interestingly, many of the unused messages seem to relate to Bubsy being killed by obstacles (water, cars, eggs, etc.). A loading screen occurs whenever Bubsy loses a life, so presumably these would have been used in the appropriate situation, but in practice the used messages are all generic (and mostly just about loading/waiting).

The full list is below. Messages that have been confirmed to appear in gameplay are highlighted in green. Since the selection is random, it's possible that any of the others can appear and just haven't yet been observed to do so.