The game seems to have remained completely unknown until two builds were found as part of the July 2020 Nintendo leaks (in other.7z/SFC/ソースデータ/ヨッシーアイランド/ツール/donkey_test as super_donkey_1.bin and super_donkey_2.bin, respectively; this page covers the latter build). Neither build has any sounds or music, and the onscreen timer is non-functional in both. The name, the ROM headers (which refer to the game as "SUPER MARIOWORLD"), some unused sprites witin the ROMs, and related material found elsewhere in the asset leak suggest that this was a Donkey Kong-related project with both the aviator and Mario being considered for the protagonist role (notably, DK had also appeared in Sky Skipper as an enemy). File dates for the related material suggest that the available ROMs were built sometime in 1991 or 1992.

While it is not clear whether development continued past this point, various elements of Super Donkey would eventually be used in Super Mario World 2: Yoshi's Island, and it’s believed that Yoshi's Island is what ultimately became of this project. Developer interviews for Yoshi's Island mention that the first two years of development were spent experimenting with ideas, in which one did stick - the idea of a game where even though the player can be hit by enemies the player doesn't die from doing so. Super Donkey has this element, and its available ROMs were found among the Yoshi's Island source code; further, a distinctly Donkey Kong-like enemy is present among the latter's internal assets and goes unused in the final game.

There is an unused theme based on Mozart's Eine Kleine Nachtmusik. 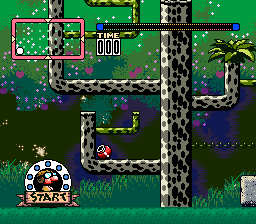 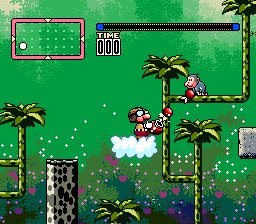 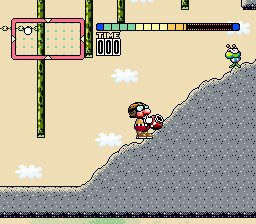 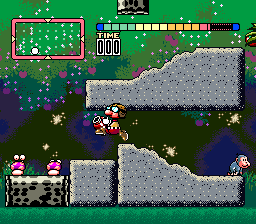 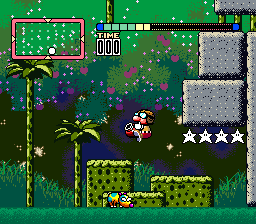 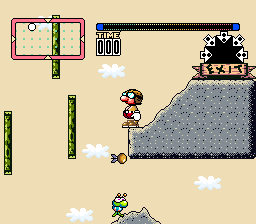 A short level featuring various houses. Holding Down while on top of a chimney drops you down "inside" a house and changes the palette, in a similar manner to the collision-disabling pause button. 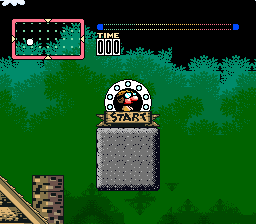 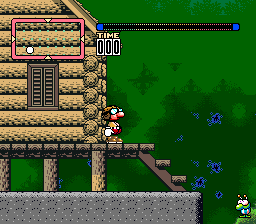 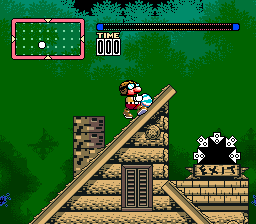 A cave area with multiple doors you can enter and small alcoves you have to crouch under. Also, dogs; lots of dogs. 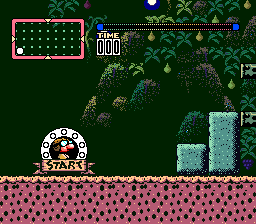 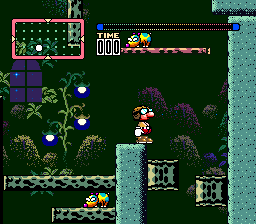 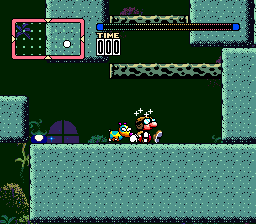 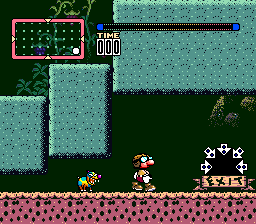 A very small level that seems to test sprite scaling and how it affects collision thanks to tubes that jump up and stretch themselves. The tubes cannot be flown through, though. 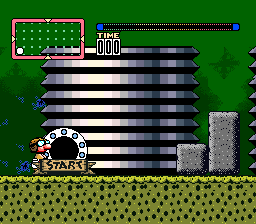 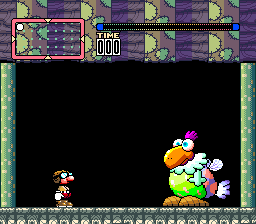 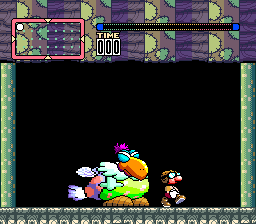 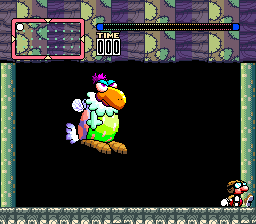 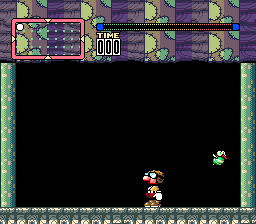 Present in the ROM are sprites for several unused creatures, which can also be seen in rensa-bg.CGX.

It appears that the mushroom enemy would have been able to defend itself.

A full number set for the timer, which doesn't function in either available build.

An unused font direct from Super Mario World, plus a number set and a "POINT" element for the HUD. (The "missing" numbers would have been constructed by flipping and reusing existing tiles.)

What appears to be a rough sketch of some sort of ring is present at 0x62000. Could be an early version of the Start and Exit rings. No palettes seem to work nicely with this.