The Mac version of Super Hang-On is unique in the franchise for having a level editor.

Said level editor indicates the slope of the track segment you're placing by changing the mouse pointer. The resource fork contains a few unused designs for this feature.

Going by creation order, this set comprised the original idea:

Next came these two:

And mixed in with the cursors that were used is a right-facing variation, with a longer shape, transparent window, and hotspot at the front of the truck instead of the middle.

The editor's Finder icon is accompanied by the generic icon used as its template, and a couple of empty slots.

WIND 1000, "Debug Window", is configured to appear well below the gameplay area. This mockup shows its position: 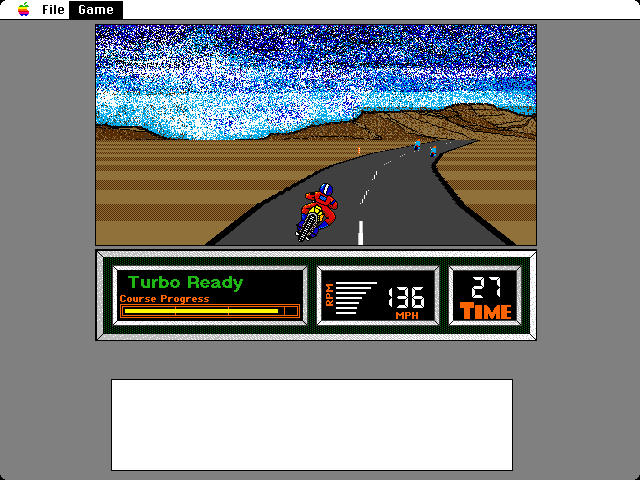 Whatever appeared in it would not have been visible on a display smaller than 640x480.