The game selection font, taken from the American Super Mario Bros. 2 with a couple of small edits, contains quite a lot of unused characters as a result of only being used to display the names of three games. This includes the letters F, G, J, Q, V, X, Y and Z, commas, question and exclamation marks, and an entire set of numbers. 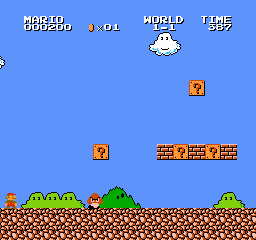