Super Monkey Ball is a port of Monkey Ball to the GameCube with improved graphics, more levels, an English translation, better control, and a new character (GonGon). There are also several multiplayer and party game modes, with the ability to play with up to four players. 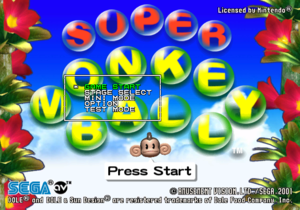 The window that appears allowing you to access various debug options.

The Debug mode can be enabled by using one of the following Action Replay codes:

Pressing Start on the title screen then enables a simple Debug Menu. 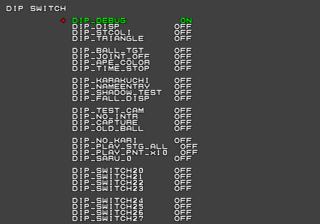 By selecting DIP SWITCH on the debug menu, you can access another menu containing a number of extra debugging features. 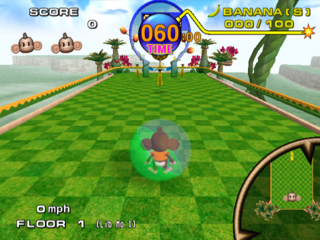 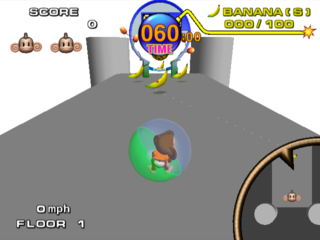 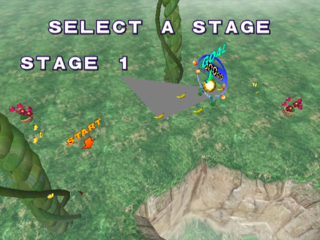 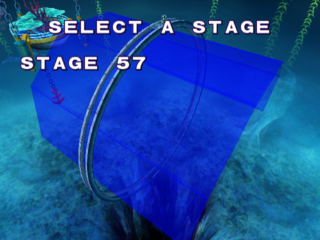 The rest of them do nothing.

These models are leftovers from the original arcade game. This version uses sprites for selecting the difficulty. 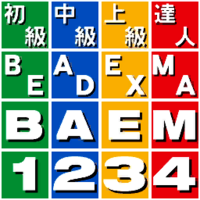 Only half of the difficulty icons shown here are ever used. The English two-letter and Japanese icons from Beginner, Advanced, and Expert see the light of day, but none of the others do. The Master icon, oddly enough, would go on to be scaled down for Super Monkey Ball Jr., as its Master mode was completely spliced off from Expert.

By enabling DIP_OLD_BALL on the DIP_SWITCH Debug Menu, You can enable the old ball from Monkey Ball. 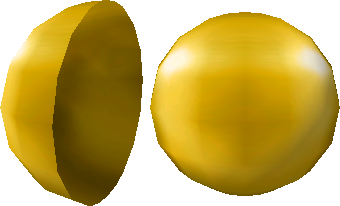 Four unused item icons. No models exist for these items.

An unused recovery plate similar to the boost panels. Presumably, it would've removed any negative effects such as the polygon ball or ice cube.

An unused ramp along with a switch to activate it. This can be found in the unused stage 132. 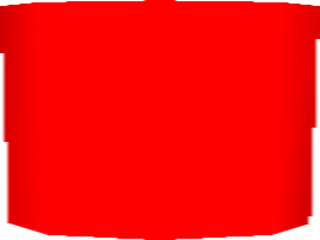 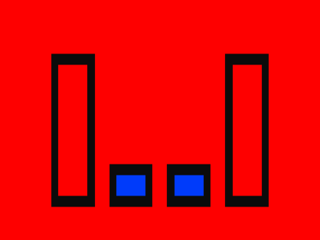 Unused sticks along with switches that raise and lower them. This can be found in the unused stage 132.

A couple of unused banana items. 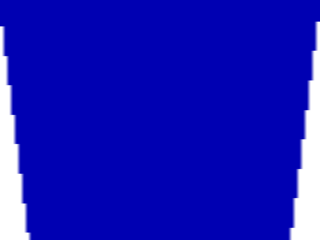 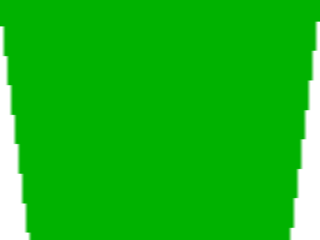 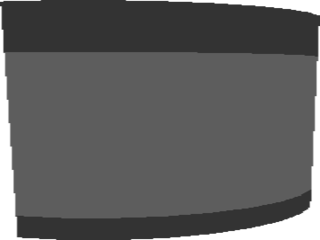 An earlier version of the bowling ball.

Found inside gcboot/snd/test. Interestingly, the first 11 seconds appear to be a guitar solo version of "Over the Rainbow". The purpose of this song is currently unknown, but because it was found in /test/ it most likely could have been a song for testing, or it could have been a demo by T's Music. Also, the original Japanese intro song "Ei Ei Poo" is still in the game files for the US and EU versions of the game (where it went unused).

The animations for Master from the Arcade version are still left in the game.

The sound file for the Monkey Fight round announcer has three unused announcements, for Rounds 17-20. The max possible announcement that can be heard is Round 16, if all four players alternate in winning.

There are multiple unused takes on the announcer saying "Go" and "Goal". These takes were later re-used in the sequel Super Monkey Ball Adventure.

Two unused difficulty selections, said by the announcer, corresponding to the Master and Extra difficulties.