An unused track that sounds like some sort of victory theme. It matches the final game's music style. It was later used in Super Monkey Ball Adventure for the party game results.

Found in the MusyX Samp sound fx file, in the Snd > Mkb directory for Tennis, potentially are for victory or start themes for Tournament Mode. Note: The game uses ADP files instead for themes, none specifically for tournament mode

Present in the adx directory are seven unused ADX sound files which can be played in the debug menu. The final game doesn't use ADX sound files anywhere in the normal game.

A three-and-a-half minute track used for a video intended to demonstrate the capabilities of the Sofdec codec. This is also unused in Sonic Mega Collection, which was released at around the same time.

An almost three minute track with an unknown purpose. As it doesn't match the final game's music style, it's possible it's a test track.

An adventurous sounding track that doesn't fit the musical style of the final game. Based on the progression, it could have been for a cutscene.

An unused copy of the story mode level select theme which sounds identical to the used one.

An early version of the logo can still be found on the disc.

A couple of unused icons for Monkey Dogfight that look similar to the Monkey Target item icons. 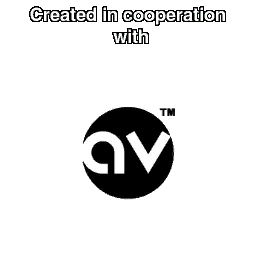 An unused variant of the AV logo displayed after the credit game. The text reads 'Created by' in-game.

This texture is found with files relating to the 'commend' scene - where all the monkey participants in a party game stand on a ranking podium in accordance to the position they achieved during the game. The purpose of this texture is unknown - it likely was a placeholder. The text is apparently in English, and is quite difficult to read. 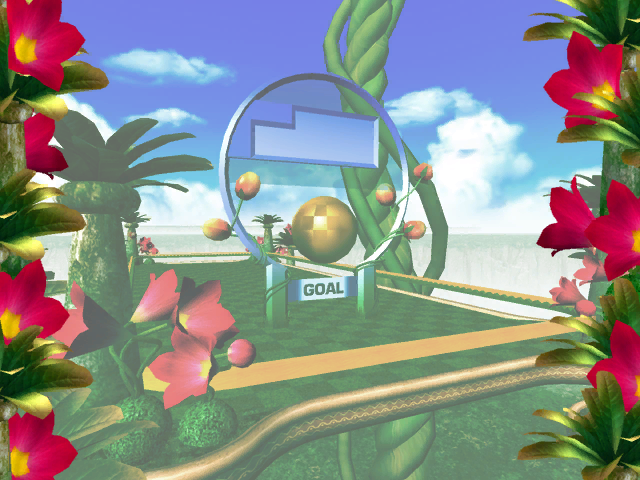 The emblem displayed on the ranking board when a player reached the Master levels in Super Monkey Ball. In this game, the letters 'MA' are displayed vertically next to the stage number in this case, or 'MX' if the extra stages are reached. 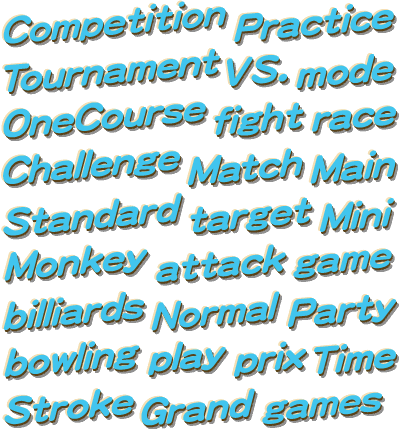 The button used on the main menus of Super Monkey Ball.

A lot of unused models were left over from both the arcade edition and its predecessor. 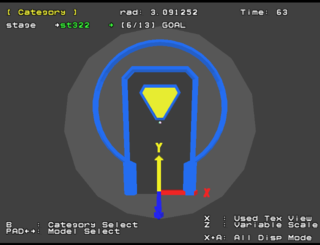 This appears to be a planned design for a new goal. Its resources can be found within the various test levels. 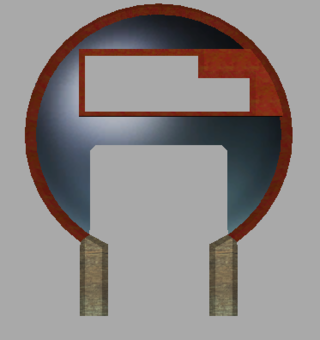 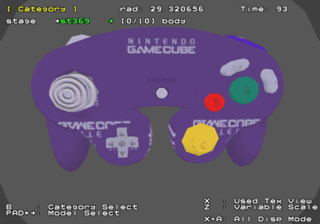 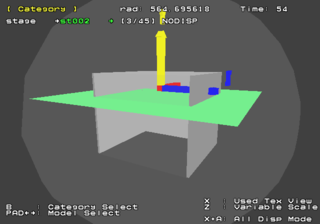 An unused model that appears in the files of each stage. 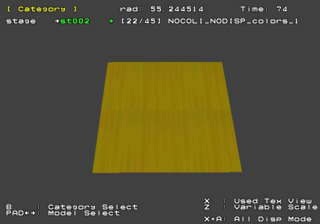 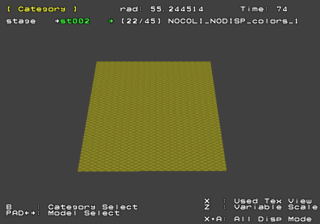 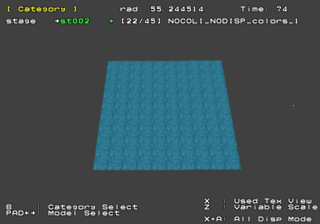 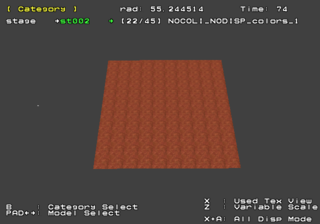 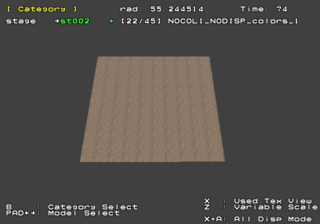 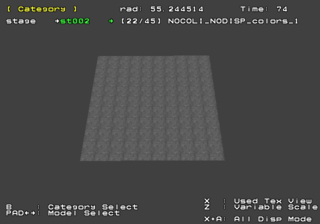 Six differently textured squares that appear in the files of each stage. The specific textures that appear vary based on the stage, sometimes leaving certain squares without textures. 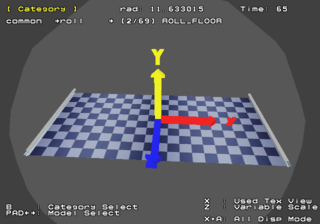 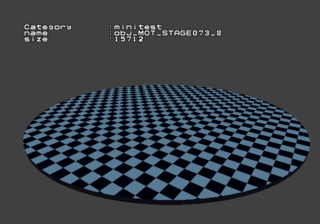 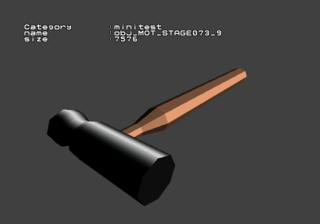 The circular platform and hammer from Expert Extra 10. 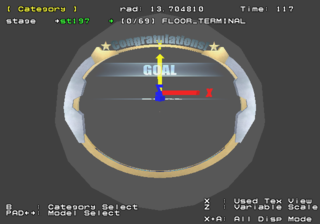 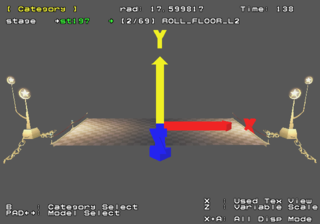 The goal and platform from the credits level. 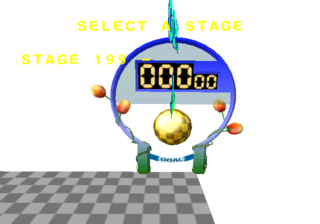 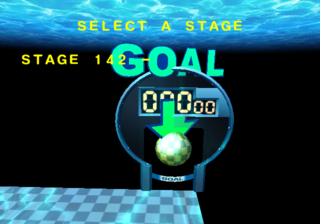 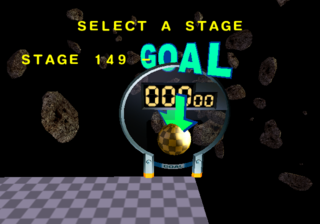 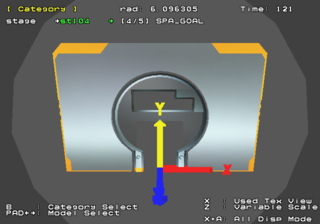 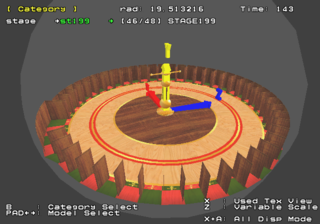 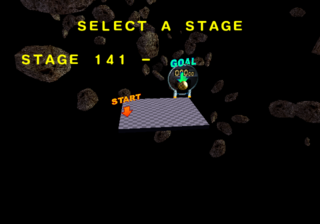 The asteroids from the space background. 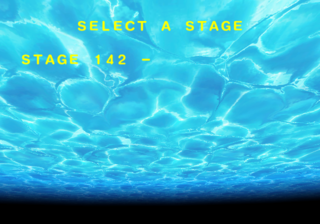 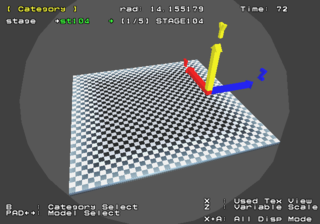 A small square platform that was used in Beginner Extra 2 and Advanced Extra 2/Expert Extra 3.

Super Monkey Ball 2 has various hidden developer messages within it.

Beginner Stage 3 (named Bumpy) is named after its seemingly random bumps spewed across the stage. Except it turns out that these bumps may not be so random, because they appear to be in Braille. Here is the message translated: 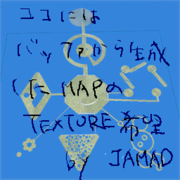 In several multi-stage test levels, a board with Kanji on it can be found, with Japanese writing in the foreground and a texture map in the background. These messages are signed by Jamad. Jamad is most likely a nickname of Junichi Yamada, the Stage Design Director of Super Monkey Ball 2.

The code for this was not removed in the NTSC-U version of the game - the percentage is still calculated, but not displayed in the Practice Mode screen. Why it isn't displayed is unknown, but the calculated percentages can be accessed via the debug menu.