This is a sub-page of Super Monkey Ball 2. 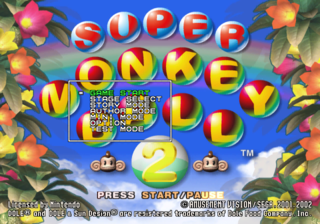 A very early version of the options menu is accessible through the main debug menu. It appears to be the version from Super Monkey Ball. The text is in Romaji (Japanese in Roman letters). However, since the SMB options menu was designed for English/Kanji, the Romaji breaks the layout and falls off the box or clutters up with other text. The options menu performs all the functions of the normal Super Monkey Ball options menu, except it doesn't load the old Replay manager because it was scrapped.

By selecting DIP SWITCH on the debug menu, you can access another menu containing a number of extra debugging features. 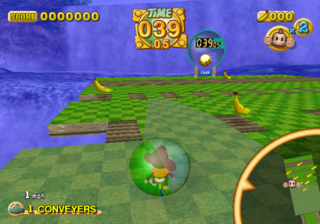 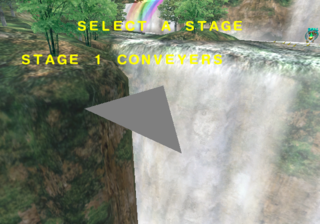 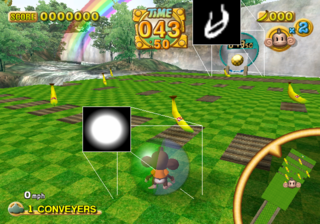 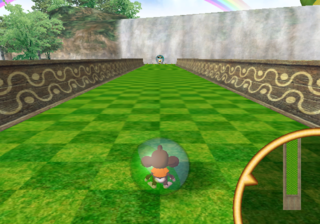 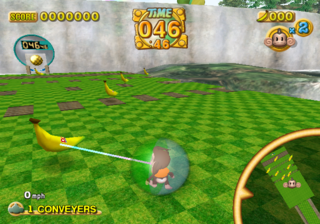 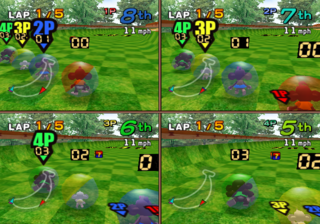 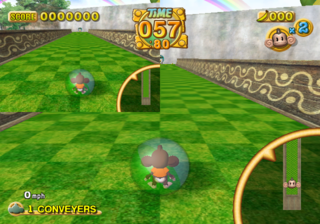 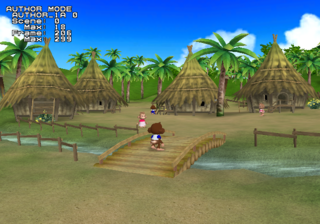 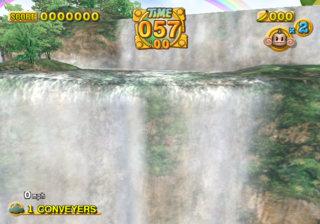 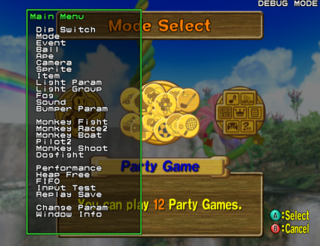 Pressing L + Start will bring up this debug menu. It can be navigated with the D-Pad, moved around the screen with the analogue stick and can be closed by pressing L + Y. 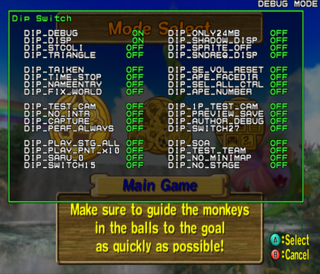 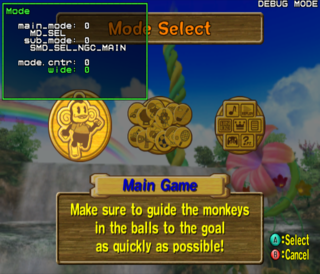 The only option in this menu that can be changed is wide which changes the current widescreen setting. 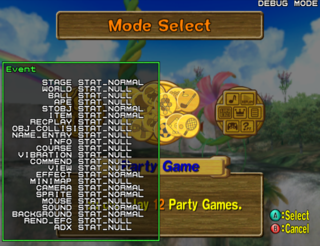 None of the options here can be changed. 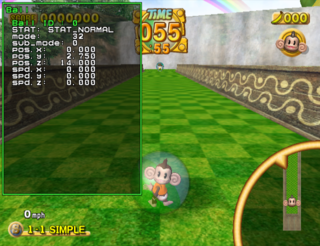 Displays info on your current position. 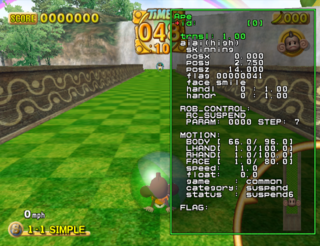 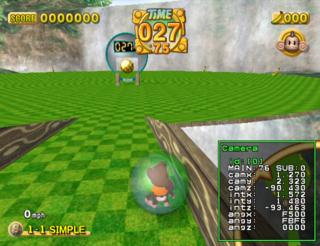 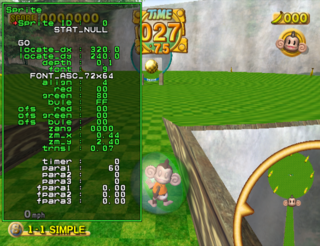 Allows you to edit some of the HUD graphics. 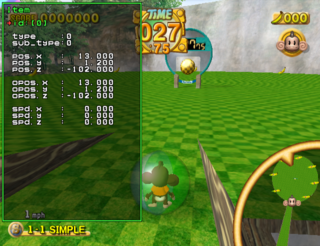 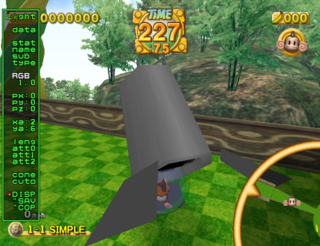 Allows you to edit the lighting on your character. 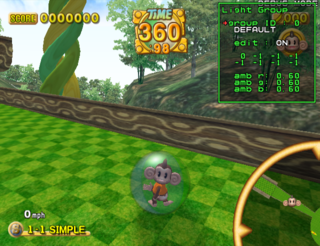 Allows you to edit the ambient lighting. 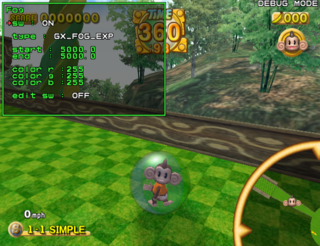 Allows you to edit fog. 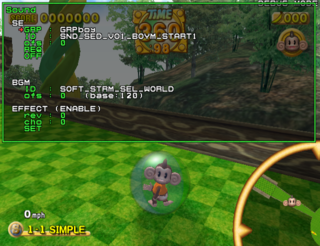 Allows you to change the current song and enable a reverb effect. 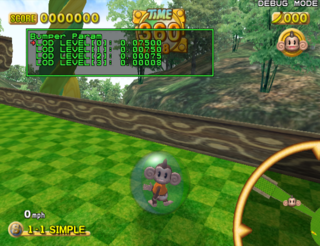 Retrieved from "https://tcrf.net/index.php?title=Super_Monkey_Ball_2/Debug_Menu&oldid=732614"
Categories:
Cleanup > To do
Subpages