This is a sub-page of Super Princess Peach.

There are quite a large number of unused graphics in Super Princess Peach, ranging from early design concepts to placeholder graphics.

An unused Chomp Rock, the rolling obstacle from Yoshi's Island.

Unused frames for an animation of the boss's health icon. In the final game, it doesn't change colors.

Unused icon of a stack of papers.

Unused flower and butterfly graphics. They seem to be influenced by Yoshi's Island.

An early version of the "Tough Coffee" item, and the unavailable item icon, respectively.

An early Japanese title. It is in a different font, colored different, and the "super" (スーパー) part is to the left instead of the middle.

Early sprites of Peach in several different artstyles, along with an early Perry.

Sprites for an early Luigi. His colors are brighter, nose is wider, outline is anti-aliased, and he also has an unused pose he never performs in the final. His look resembles his Superstar Saga look.

Early sprites for Toad. Like the early Luigi above, he has an anti-alised outline, and the colors are brighter. His jacket is also missing details that the final sprites add in.

The same palette, design, and the fact that it reads "back" heavily imply that this is an early design for the back icon. In the final game, for all versions, a simple arrow replaces the text in this graphic. 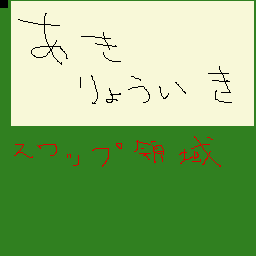 Mysterious text in an image file. The top means "Empty area" and the bottom means "Swap area". The "Swap area" text also appears in various other image files, usually below something.

A placeholder with functional animation! The files that contain it are named ske_1d32k_ss, which correspond to the "1d" and "32" in the graphic.

Placeholder? This one is named ske_ob_ss. Says "Obj" and has a few shapes in different colors.

ske_ob_ss_2. It's somewhat identical to the previous one, though it says "Cell" instead of "Obj", and shapes and colors are swapped. Like the ones above it, these are also found in Game & Watch Collection.

An image found inside BossSample_ncg. It reads "Main Body". Most likely used as a placeholder for boss characters.

A placeholder for the goal ring found in tp_goalring_D99_ncg.bin. It reads "Goal Ring (temp)".

Placeholder graphics found in goal_game_ncg.bin. Judging by the filename and contents, it might have been used in conjunction with the above to test the goal rings's rotating items.

Eight placeholder scribbles for Peach on the bottom screen that are in face_test_01_ncg_datablock.bin.

Retrieved from "https://tcrf.net/index.php?title=Super_Princess_Peach/Unused_Graphics&oldid=678121"
Categories:
Cleanup > To do
Subpages