Syndicate is a game, where a squad of four agents wreak havoc against other corporations. It received a FPS spin-off in 2012. 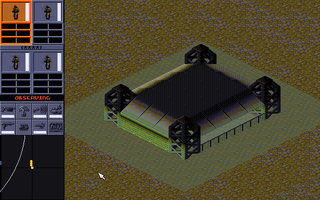 There is a building east of the starting location. Despite appearing on the enhanced briefing map, you can't reach it. 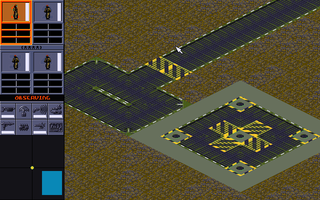 When the assassination target makes the getaway, he will approach some landing pad. This landing pad isn't visible in the briefing map, nor can you scroll to it.

There's a sewer system north of the starting area (which cannot be safely entered), which connects to a door on the north wall of the main city. As visible on the briefing map, the sewer system extends well east of the main operational area. Those with map editors can see that the sewer platform extends even beyond the surface terrain. 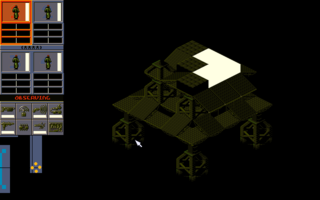 To the west is a building that's barely on the map. Some tiles on the top are incorrect, instead looking like three solid white blocks.

There's an unused complex east of the city, visible on briefing map, but no ability to scroll there.